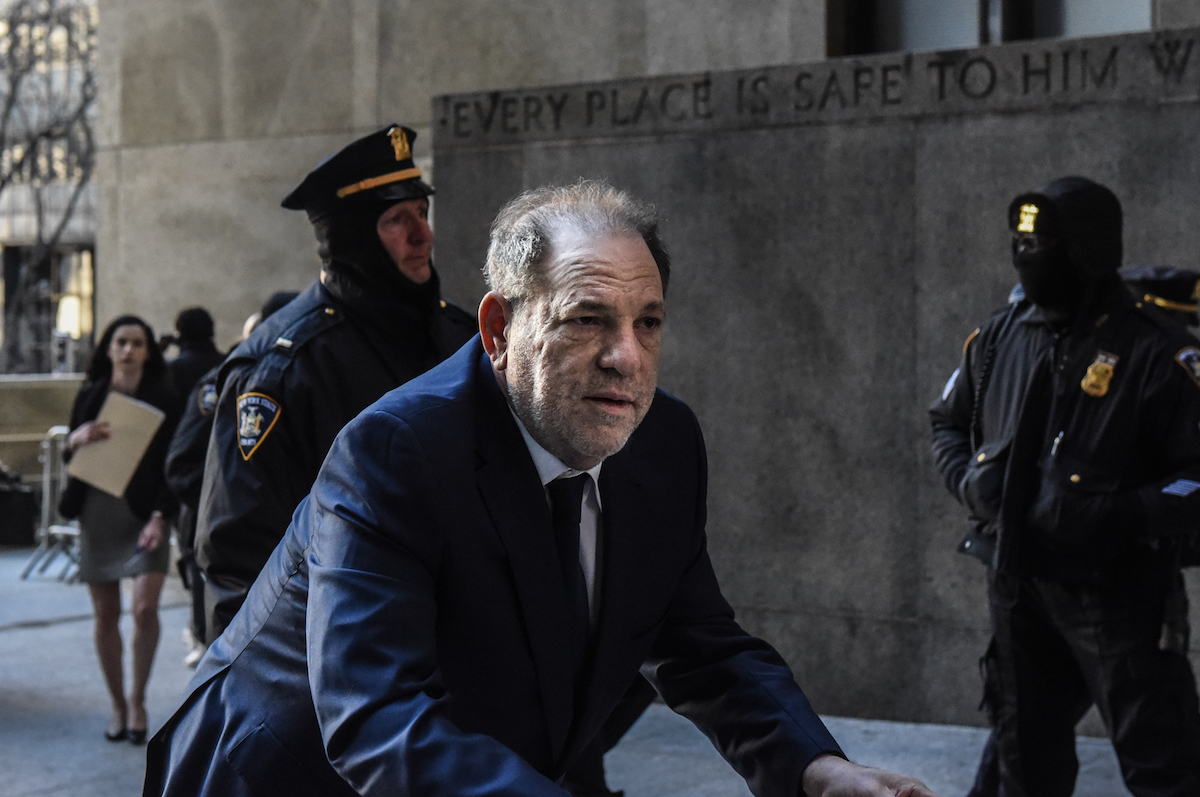 Harvey Weinstein’s rape trial in New York is almost over and today his lawyer, Donna Rotunno, delivered her closing argument in the case. It was, in short, a steaming pile of victim-blaming garbage that was not just an attack of the Weinstein victims in the case and outside of it, but an affront to survivors of sexual assault throughout the world.

Look, we know Rotunno is doing her job. She’s being paid a lot of money to defend this man on these five counts of rape, as well as other sexual crimes. Lawyers must defend their clients and everyone deserves a fair trial. But she the way she’s doing it, and her pure commitment to keeping up the line of blaming the women for “allowing” themselves into these situations, is just awful. She argues that these women were using Weinstein to advance their own careers.  She characterizes the victims as taking no responsibility.

“In their universe, women are not responsible for the parties they attend, the men they flirt with, the hotel room invitations, the plane tickets they expect, the jobs they hope to obtain,” Rotunno said in court, according to Variety. “In this universe, they aren’t even responsible for sitting at their computers and emailing someone across the country… In this script, the powerful man is the villain and he is so unattractive and large that no woman would want to sleep with him.”

That is absolute crap. This is victim-blaming at its worst. A crime requires two things: intent on the part of the perpetrator and a criminal act. Note how the mental state of the victim is not an element.

Rotunno focused in her closing on the fact that many of the victims who testified in the case remained cordial and even had consensual relationships with Weinstein. She blamed the #MeToo movement for going too far and implying that women don’t have choice or common sense. Rotunno of course completely ignored the entrenched power dynamics and societal expectations of women that all too often force them into relationships and sexual assaults from powerful men.

The fact these women didn’t run to the police or the doctor after these rapes does not mean they didn’t happen, it means that their abuser was a powerful man who they feared and who they felt they had to please and tried to work with as best they could in a terrible industry and situation set up to protect abusers.

Absolutely not. The systems that people like Weinstein and Rotunno and every one that enabled Weinsteins and other abusers uphold removed that choice. And even so, her choice to remain in contact with her alleged rapist does not diminish or undo that rape.

In a supreme fit of irony, Rotunno ended her remarks by imploring the jury: “You should never feel bullied or pressured to change your decision… Stand your ground… Historically, you are the last line of defense in this country, from the overzealous media, from the overzealous prosecutors.” You gotta love it when the lawyer for a bully and an abuser calls the victims and the justice system bullies and abusers.

The jury will now deliberate on the charges against Weinstein and let’s hope they err on the side of believing women rather than blaming them for their own assaults.