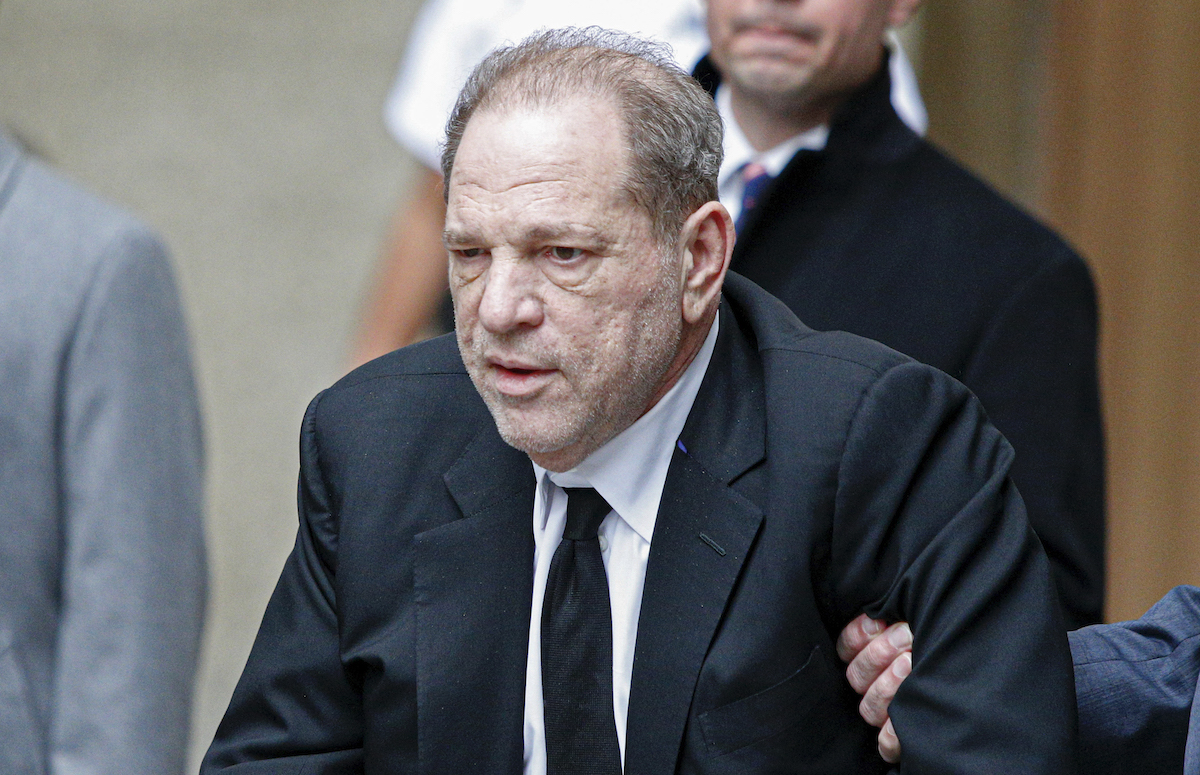 Let’s take a moment to pause from the depressing virus and election news to revel in something truly wonderful: Rapist and disgraced mogul Harvey Weinstein has been sentenced to 23 years in prison. Meaning he can rot in jail for possibly the rest of his miserable life.

Judge James Burke announced the sentence on Wednesday morning, after hearing from lawyers for Weinstein and the prosecution. But most importantly, he heard from the victims. Jessica Mann and Mimi Haley, against whom Weinstein committed the crimes with which he was convicted.

“At the time all of this happened I thought I was alone in this, I had no idea there were others, I didn’t realize the extent of Harvey Weinstein’s manipulative and calculated predatory behavior,” Haley said, according to CBS news.

Mann pled with the judge to understand the impact of rape on the victims and why it was rape, and why her lack of consent mattered. “My spirit and my emotions are the last things I have to control,” Mann told the court. “I want to remind you that I told Harvey no.”

“Rape is not just the moment of penetration, it is forever,” Mann told the court before she left. She grew emotional afterward and screamed outside the courtroom, a moment of catharsis. “The day my screams were heard from the witness room was the day my voice came back to its full power,” she said, according to the AP.

Weinstein was facing up to 29 years for his crimes, and while his lawyers claimed that his failing health, ruined reputation, and financial losses were punishment enough, the judge did not buy that. He sentenced Weinstein to 23 years today, a week shy of his 68th birthday.

This means the man who once ruled Hollywood and abused and raped women with impunity will be 91 years old if he ever leaves prison. This doesn’t count possible additional sentences from his upcoming criminal trials in California.

Weinstein will, of course, appeal this conviction, but for the meantime, he gets to rot in jail for the rest of his life and that’s a fate that all serial rapists deserve.