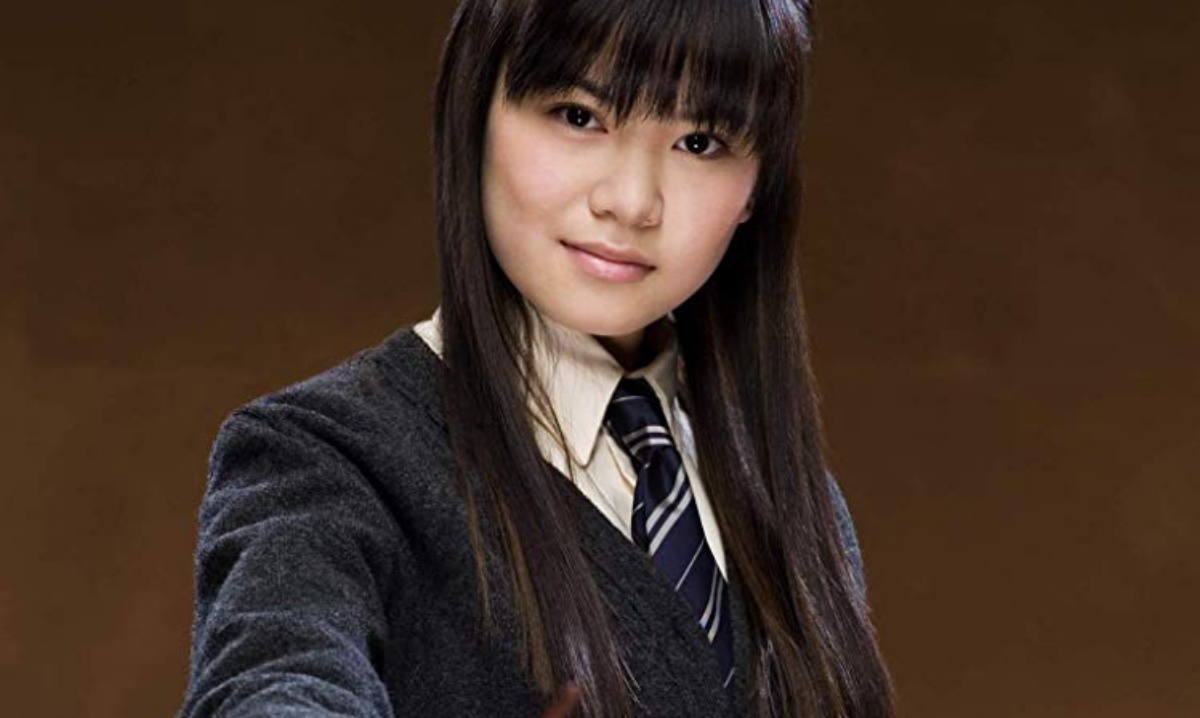 Despite how disappointing the Harry Potter universe has been since the ending of the series and the beginning of J.K. Rowling’s word vomit about things after the fact, one of the best things about the books is stil going back to them and realizing how my opinions have changed. When I was younger, it was easy for me to just side with Harry and absorb his thoughts on people. Since my late teens and beyond, I find myself siding less with Harry’s opinions and more willing to examine the prospectives of side characters and antagonists. One of the characters I’ve come to really appreciate is Cho Chang.

First properly introduced in Prisoner of Azkaban, Cho Chang is the only girl on the Ravenclaw Quidditch team, and a seeker like Harry. He’s pretty much instantly attracted to her. She then plays a slightly bigger role in Goblet of Fire, wherein she goes to the Yule Ball with Edward Cullen—excuse me, Cedric Diggory. Despite that, she’s still kind to Harry and doesn’t wear the Support Cedric Diggory badges that Draco Malfoy and the Slytherin House come up with. When Cedric dies, she attaches herself to Harry for the understandable emotional reason of wanting some closure for the death of her boyfriend. Her grief in the books, while genuine, made her “annoying” to Harry, and therefore, to the audience itself.

In retrospect, Rowling writes really interesting female characters, but readers are treated to very few friendships between them. We rarely see Hermione, Ginny, and Luna hanging out with each other separate from Ron and Harry, plus the former two tend to have semi-antagonistic relationships with other female characters. As a result, other women can get put into boxes. One of those other women was Cho Chang.

Up until Book 6, Cho only existed through Harry’s idealistic and shallow vision of her as a beautiful, but kind girl out of reach. In Order of the Phoenix, we see a young woman racked by grief. Mind you, we don’t see therapy existing in the Harry Potter wizarding universe, and we don’t know if Cho is half-blood or pure blood (although we do know her mother works in the Ministry) and would have access to that kind of care. So, we only see her dealing with it through Harry.

She attempts to meet up with Harry, but it backfires each time. She does end up joining Dumbledore’s Army, despite her parents’ wishes, because she’s determined to fight Voldemort after what happened to Cedric in the previous year. When she does, we get the beginning of how Rowling pivots Cho from viable love interest to clingy weird girl, through making her bad at magic when Harry is around. Despite being a Ravenclaw, and someone who plays a pretty violent contact sport, she gets nervous every time Harry’s around.

This is also the same time that Rowling begins to place Ms. Ginevra Weasley as the new love interest. Ginny comes up with the name for Dumbledore’s Army, one-upping Cho’s suggestion in the process. She becomes the new Seeker for the Gryffindor team when Harry gets banned, and in Dumbledore’s Army, we get to see Ginny’s immense skills as a witch. Ginny also starts dating in this book, which makes her emotionally unavailable to Harry.

I make all these points not to put Ginny down (who I can admit I don’t care for), but to highlight how Cho’s good qualities got chipped away, and Ginny basically took on the love interest role by becoming the athletic, pretty, smart, and unavailable witch Cho was, literally one book earlier. What’s worse is that, as one of the few prominent women of color in the books, once she has no place in Harry’s life anymore, she pretty much vanishes from the book, except to bring up how awkward she and Harry were as a couple. She does return for the Battle of Hogwarts, but even the scene where she offers to take Harry up to see Ravenclaw’s Diadem has Ginny popping up to say Luna can do it instead.

Reading the book when I was younger, I remember being annoyed by Cho’s crying, especially because it didn’t seem like anyone in the books really cared that she was dealing with Cedric’s death—especially not Harry and Ron. Even Hermione can’t be an ally to Cho because of the manufactured jealousy that ends up cropping up, where Cho is jealous of Hermione and Harry’s friendship (ugh). She’s not placed, at the end, as someone we should like or care about. Yet, when I reread the scene where Harry realizes Cho is crying when she kisses him, I find myself more and more frustrated with how the story is so afraid to sit with that pain, in the same book in which Sirius Black dies.

The fact that Harry finds himself attracted to Ginny because she doesn’t cry when she’s upset, and he and Ron talk endlessly about how Cho’s emotions were a burden, was all very Midsommer and gross. It says more about Harry than Cho that he ran away from her the moment she was a person with needs, and into the arms of someone who didn’t expect anything from him.