Harry Potter and the History of Queerbaiting | The Mary Sue

Harry Potter and the History of Queerbaiting 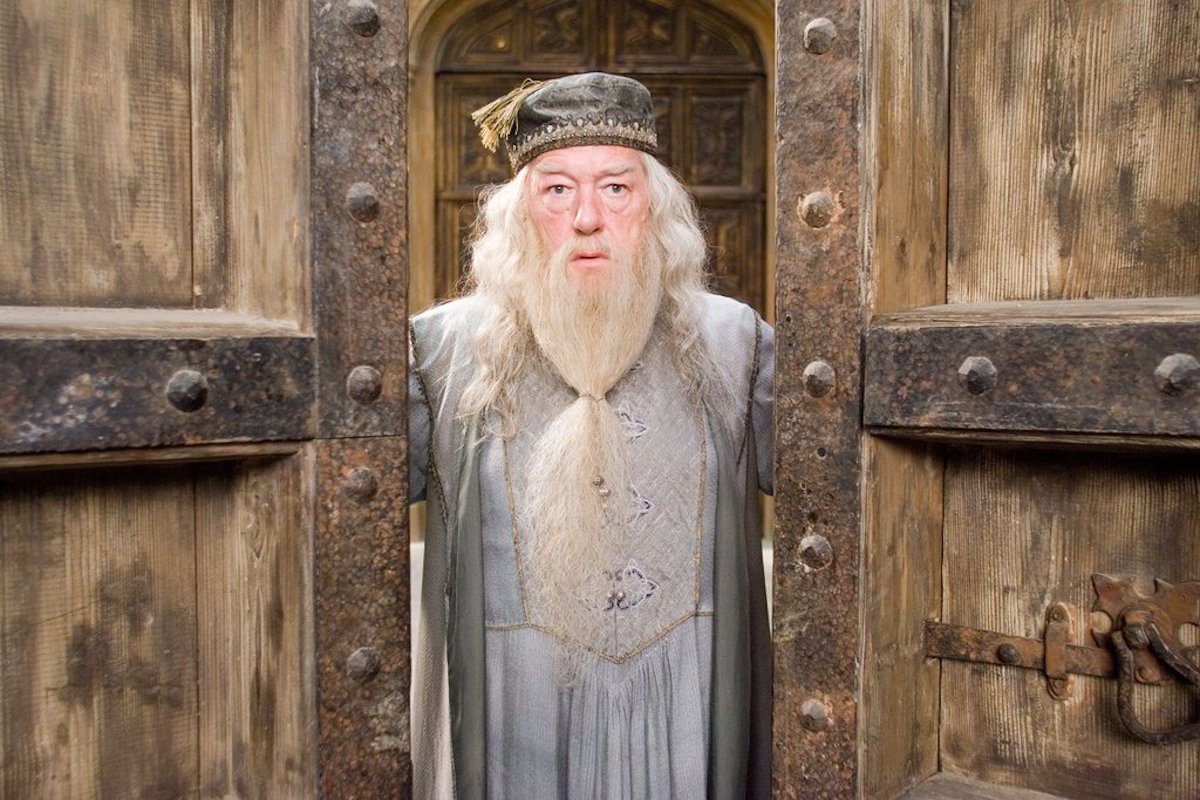 I have been a Harry Potter fangirl since the age of six. I reread the books once a year. I’ve seen all the movies and watch them at least once a month (thanks, HBO Go). I’ve been to the Harry Potter theme park, have my own wand, crushed it at a lot of Potter trivia nights, and own so much Harry Potter merchandise that it’s a little riddikulus. (See what I did there?) Harry Potter has become so much a part of my identity that I’m a proud Hufflepuff in all my social media and author bios. The books were, and still are, a key point in my life, giving me escape, hope, and comfort when I needed it. They were where I spent the better part of my childhood.

Just like I’m a Hufflepuff, being bisexual is a key part of my identity. This is where the LGBTQIA+ community and the Harry Potter-verse have not been seeing eye-to-eye as of late—not because of the original source material, but because of J.K. Rowling, the author of the series and now full-blown franchise. In recent years, Rowling has not only been busy writing a sequel-play and a whole new film series set in the magical world, but also taking to Twitter, dropping new details about the story she created.

While these things seem great, they can cause more harm than good as Rowling tries to rewrite her own narrative after the fact. In battling racist responses to a black actress playing Hermione in Harry Potter and the Cursed Child, Rowling opened the door to some problematic elements. She also claimed there was a Jewish student at Hogwarts, even though we never saw Hanukkah in the great hall, and let’s not forget the cultural appropriation of Native American culture in her History of Magic in North America.

Added to all of that is Rowling’s unfortunate habit of queerbaiting her readers.

What’s queerbaiting, you ask? Queerbaiting is hinting at non-heterosexual characters or relationships without explicitly making them part of the story. It’s writers trying to “have their cake and eat it too.” They want to appear more diverse to pull in the LGBTQIA+ audiences, without offending the sensibilities of closed-minded fans. So they create characters who are maybe just a little too close to each other, their exchanges boarding on the flirtatious. You can feel the tension, see the romantic troupes, but it never actually pays off.

Queerbaiting can be seen in the play Harry Potter and the Curse Child, between Albus Potter and Scorpius Malfoy. These two characters are best friends, and very close due to their mutual outcast status. Now, we know that Rowling can write great male friendships; we’ve seen that with Harry and Ron. However, Albus and Scorpius border on something else. The constant hugging, the codependency of their relationship, Scorpius’ jealousy of Albus’s crush on Delphi. Even Snape comparing Scorpius and Albus’s relationship with his love for Lily Evans. If Snape says you’re in love, you’re in love, dude.

However, the play ends with Scorpius trying to start a relationship with Rose Weasley, who was barely in the show. Rowling could have easily stated that Albus and Scorpius were gay, or bisexual, but that would be too magical.

The Harry Potter franchise queerbaited us again in January when Fantastic Beasts: The Crimes of Grindelwald director David Yates said Dumbledore’s sexuality will not be directly referenced in the movie. This is rather frustrating, seeing how Dumbledore is gay, and he was in love with Grindelwald around the time period that this movie is set in.

As you may have guessed, fans are a little upset.

Rowling revealing Dumbledore was a gay man was super awesome, and a little groundbreaking considering how few gay characters are in children’s books. However, the books never actually say Dumbledore is gay. In the books, Dumbledore never comes out. We only know that Dumbledore is gay because Rowling told us in 2007, after the final book had been published, and the character long been dead. So that’s a little less empowering—not to mention the fact that Dumbledore is a stereotype. As Emma Oulton perfectly stated in her Bustle article, “If Dumbledore was always supposed to be gay, then why didn’t J.K. Rowling write him that way? Instead of a well-written gay icon, Dumbledore became a stereotype: the elderly gay man whose sexuality was repressed, and who ultimately died alone.”

The Crimes of Grindelwald is supposed to be our second chance to get to see Dumbledore as a gay man. His sexuality not being directly referenced in a movie about his love interest is a slap in the face to many LGBTQIA+ fans.

Rowling tried to calm angry fans, claiming they are overreacting because they haven’t seen her script yet. While this is true, if the director will not show Dumbledore’s sexuality, I doubt Rowling has some big romantic dialogue or declarations of love written down.

But, if it’s anything like Albus and Scorpius, there will be plenty of hugging.

As a bisexual woman, I am used to not being represented in the media. I can count on one hand how many times I’ve heard the word “bisexual” on a TV show, which is part of the reason why queerbaiting is so painful to the LGBTQIA+ community. We want so badly to see ourselves being represented, to feel our sexuality validated in the mainstream. We become so invested in a show, thinking we’ll get the happy gay relationship we’ve been waiting for, only to have it not come to anything. A rug being pulled out from under us saying “no homo.”

It’s a trick to get us to watch, to read, to buy, and it’s insulting. Rowling talks about diversity and inclusion, but the only person who ever came out of the closet in the books is Harry Potter. We have words like “muggle,” “Quidditch” and a lot of fake Latin, but nowhere in any of the Harry Potter text is the mention of gay, lesbian, asexual, or bisexual. You cannot get credit for the representation you never bothered to write.

I would love nothing more than to see a queer character like myself on the page or on screen in the Harry Potter world, but that will never happen until Rowling admits that her books were not as diverse as they could have been. The problem with Rowling is that she’s trying to retroactively fix things in the past while continuing to make the same mistakes in new projects. Harry Potter was a product of its environment—white, ’90s England—and it was still groundbreaking, even if it doesn’t meet our diversity standards of today.

To be a good fan isn’t to just unquestioningly love our fandom, but look at things critically and know when things are problematic. If Rowling really wanted to do right by her fans, she would own up to the areas where she’s lacking and write real diversity, instead of the bait. Diversity and representation matter, and we should demand them in everything, especially our childhood favorites.