Because everything is Potter and nothing else matters. 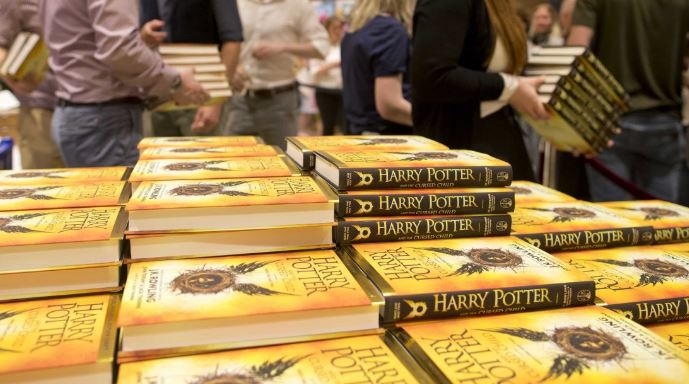 It’s been nearly a decade since the world saw a fully materialized Harry Potter book, and boy have we missed him. Gryffindor, Hufflepuff, Slytherin and Ravenclaw students alike gathered on July 31—Potter’s 36th birthday—to snatch up their copy of Harry Potter and the Cursed Child, which is now the fastest selling book of the decade in the U.K. According to the BBC, fans have already purchased 680,000 copies in the first three days of its release.

Over in North America, the book has already sold two million copies in two days which, as Vulture points out, doesn’t even touch the 8.3 million in 24 hours that Harry Potter and the Deathly Hallows managed to move. Still, the latest in the Potter saga is currently outselling every other book on the market and is inspiring a new generation to read.

Despite record breaking sales, however, not everyone is pleased with J.K. Rowling’s newest release. Some fans are upset that the book isn’t so much a book as it is a script based on the play currently in production in London.

“Who wrote this book? I mean script. Come on. Talk about rediculous [sic]. Rowling, you owe your fans a BOOK! I like to rename this Harry Potter and the great scam,” one fan wrote its Amazon page, according to the Independent.

“Was all excited for this book as I grew up with harry potter. Stood in line, got the book, and went home. When I got home I opened the book, that’s where the excitement turned into disappointment. I knew the book was based on the play, what I didn’t know is that it was pretty much a photocopy of the script. If I could return the book I would.”

To be fair, J.K. Rowling previously mentioned that this was a collaborative effort with playwright Jack Thorne, and it does say “play” right there on the cover.

Perhaps it’s time to simmer down and turn to page 394.