Harrison Ford Will Be In The Expendables 3, But Bruce Willis Won’t Be 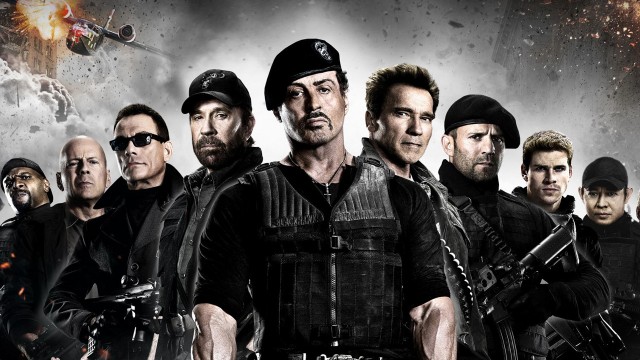 If you’re not following Sylvester Stallone’s Twitter then you have a problem, because tweets sound amazing if you read them in Sylvester Stallone’s voice. But more than that, Stallone revealed some amazing news yesterday: Harrison Ford will join the cast of The Expendables 3 for some old-fashioned (pun intended) ass-kicking action.

Harrison Ford will join Stallone, series veterans Jason Statham, Mickey Rourke, Arnold Schwarzenegger, and Dolph Lundgren, and a stream of rumored newcomers who may include Nicolas Cage, Jackie Chan, Wesley Snipes, and Mel Gibson. While Stallone and Schwarzenegger rule the on-screen body count lists, Ford has helped blow up multiple Death Stars full of stormtroopers, which ought to put him far ahead. We’re really hoping he plays a legendary mercenary who wields a blaster pistol and a whip.

Yes, Bruce Willis won’t be in the third movie, which would have reunited him with The Fifth Element co-star Milla Jovovich, but he did put out Die Hard and Red sequels this year, so I don’t think we’re lacking in movies where Bruce Willis shoots bad guys.

There’s also the possibility that Willis might have demanded more money and other conditions to be in the movie, seeing as Stallone’s next tweet read:

GREEDY AND LAZY …… A SURE FORMULA FOR CAREER FAILURE

While each Expendables film contains the most experienced cast in Hollywood, the director for Expendables 3 will be Patrick Hughes, whose only feature-length film has been 2010’s Red Hill. But really, it can’t be too much work to make an Expendables movie. All you need to do is point the cameras — things probably start exploding spontaneously the moment all these awesome actors enter the same room.