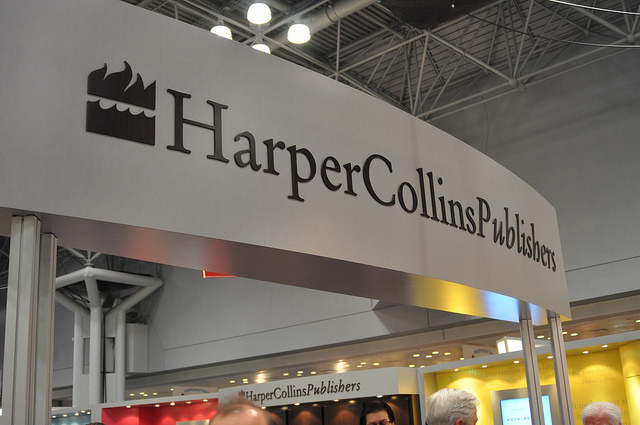 HarperCollins might profit off LGBTQ titles in its catalog, but don’t take that as an indication of commitment to equality. The publisher’s Christian branch has told aspiring author Dawn Bennett that they’ll publish her book about faith and the LGBTQ community on one condition: she has to condemn her daughter’s sexuality first.

Bennett’s book focuses on raising her lesbian daughter and “the hurt and harm that my daughter and our family has experienced at the hands of certain biblical interpretation” after being ostracized by their church community. In an email from HarperCollins subsidiary Thomas Nelson publishing group, Bennett was told that any “homosexual behavior” in the book would have to be “presented as a sin” in order for her manuscript to be published, and that her daughter would need to be depicted as “remorseful” and “taking steps to change their lifestyle.”

In a Human Rights Campaign-backed Change.Org petition to alert consumers to Harper Collins’ actions, Bennett asks the publisher to “make clear their commitment to the full human dignity and full equality of lesbian, gay, bisexual and transgender people:”

Every publisher has the right to print whatever subjects they choose. However, HarperCollins is a multinational company that has LGBT titles in its catalogue. These books make them millions of dollars a year. They shouldn’t be able to take our money with one hand and then shame us with the other. I think customers need to know HarperCollins’ position on this issue especially if their position promotes causing others harm.

As soon as we learned of Ms. Bennett’s petition we looked into the situation and determined that there was a third-party subjective application and misinterpretation of the editorial guidelines. It was not an accurate reflection on the editorial standards of Thomas Nelson, or any other publishing group within HarperCollins. We issued an apology to Ms. Bennett immediately, refunded her money and offered for her to continue the publishing process with WestBow. We are taking the appropriate steps to ensure that this does not happen again. We are sincerely sorry to her and her family for any harm, pain, or embarrassment that this may have caused.

And also tweeted this out:

This was an unfortunate error that is not an accurate reflection of the editorial standards of any publishing group within HarperCollins.

(Via Towleroad, image via RT Book Reviews on Flickr)