Harley Quinn Is Getting a Joker-Free Animated Series—and Yes, Poison Ivy Will Be in It 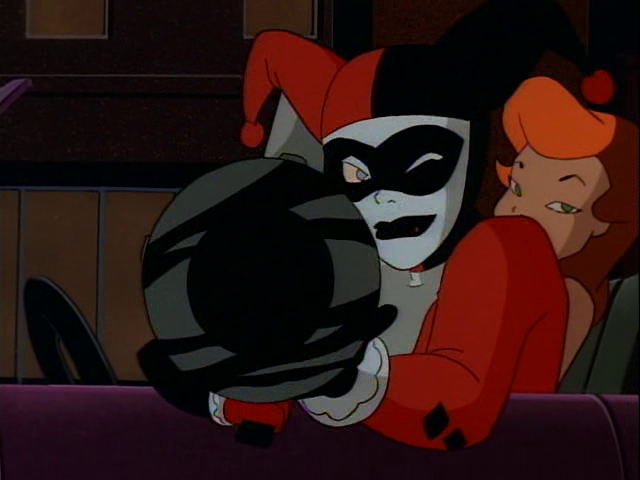 Harley Quinn is getting a new animated series—and given DC Animation’s most recent outing with the character, that did not initially sound awesome. But this time around, according to a summary from Deadline, she “finally has broken things off with the Joker once and for all, and attempts to make it on her own as the criminal Queenpin of Gotham City.”

And yes, Poison Ivy will be along for the ride.

Justin Halpern, Patrick Schumacker, and Dean Lorey, the executive producers of Powerless, will oversee the series for Warner Bros. Animation. It will be 26-episode, half-hour “adult action-comedy,” available on DC Entertainment’s proprietary digital platform. (I know, I know. Another female-led property shunted onto one of these platforms.) The platform will also host a live-action Teen Titans show and the third season of Young Justice.

According to Nellie Andreeva at Deadine, Suicide Squad‘s Margot Robbie “is at the top of Warner Bros.’ wish list for actresses to voice the title character.” It’s unclear if she’ll take the role, but Andreeva hears that they’ll at least offer it to her. No word yet on the voices for the other characters, and while it will reportedly involve “a whole cast of heroes and villains, old and new,” from all the corners of the DC Universe, there are no specific names in the article aside from Harley’s girlfriend Ivy.

Honestly, all of this sounds like it could be a great series. It sounds much less problematic than the “romance” live-action movie about Harley and the Joker, and there’s something promising about the idea of anarchic, enthusiastic Harley trying to run a criminal enterprise—an endeavor which involves a lot of boring work, like planning and strategizing, that she might struggle with.

That said, if this whole series is just Poison Ivy and Harley palling around together, and DC tries to totally skip over their romance, I’ll be annoyed as hell. Their relationship is a fan-favorite, and it’d fit perfectly in this Joker-less, Harley-centric series. There’s no reason not to include it (aside from homophobia).

The series doesn’t have a premiere date yet, but given that we don’t even know when this DC platform itself will launch, I’m not surprised. I’m sure we’ll hear more as the overall timeline for this platform gets sorted out.

How does Harley Quinn sound to you, TMS readers?

(Via io9 and Deadline; image via Warner Bros. Animation)