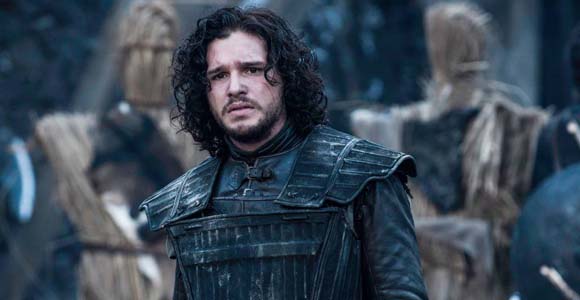 Doing what I do for a living, I find it hard to believe anyone doesn’t know what a meme is. But I guess Kit Harington is too busy with cool acting roles to care. Find out about his latest after the cut!

Harington has the action film Pompeii next on his agenda but he’s already lining up work for his downtime from HBO’s Game of Thrones.

“[Harington] has signed on to star opposite Alicia Vikander in Testament of Youth, the adaptation of an autobiography of a woman’s experiences during World War I,” writes The Hollywood Reporter. “Youth, written by Vera Brittain and published in 1933, tells of how the author postponed her studies to Oxford to serve as a nurse in the Great War, during which she lost her fiance and brother. After the war, she tried to resume her life but found herself part of a lost generation, returning to Oxford and becoming a feminist and a writer.

The film is being produced by David Heyman (Harry Potter, Gravity) and made by BBC Films. In other news, Harington got a lesson in interneting from Zap2It during a recent Pompeii press tour.

During an interview with Zap2it while promoting his new movie “Pompeii,” Harington mentions that he has had some “grumpy” facial expressions while filming in freezing Iceland, but clarifies that he’s “loving” shooting on location. Was the “grumpy” comment a nod to the fact that the Internet loves turning his sad face into a meme? Not quite.

“What’s a meme?” Harington asks us.

After a brief moment trying to explain that a meme is like an Internet inside joke that uses pictures, Harington catches on and starts laughing.

Even if Harington didn’t know what a meme was, at least he’s well aware of the character’s penchant for looking sad or, as I like to call it, having Jon Snow Face (™).