The Real-Life Importance of Happy Endings for Queer Characters 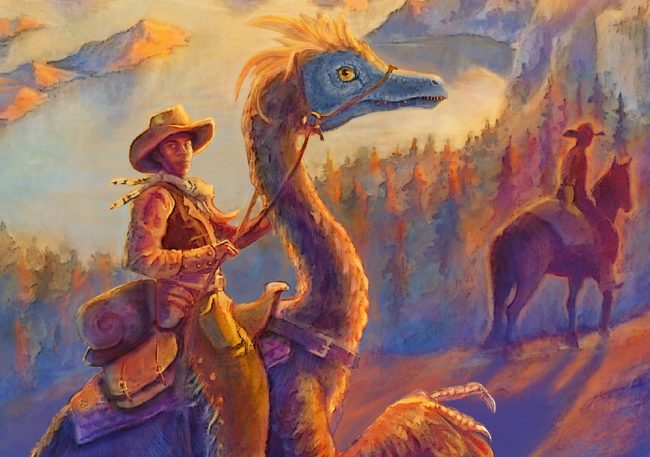 It isn’t uncommon for authors to discuss ways to end novels. In fact it’s pretty normal to witness a fellow author gripping her head and muttering something along the lines of, “Uhg, how am I going to end this damn book?” We feel so much pressure to get it right because the ending of a story is the crux of the entire enterprise. It’s the conclusion where lessons are learned, deeds are completed, and the reader is left to absorb the impact of it all.

So, as a lesbian author, I make it a point to give the queer protagonists of my books triumphant endings. In fact it’s a promise I once made to a reader who contacted me to ask if my book ended well—and it’s a sadly common occurrence to have LGBTQ+ readers admit that they need to be sure that they aren’t going to experience loss and death as the conclusion of books written about them and for them.

That’s because the preponderance of representation that queer people have been offered has been, and still is, brutally negative. In 2016 alone queer women represented less than 1% of all character depicted on TV but they made up 10% of deaths. From being cast as “freakish” villains deserving of violent murder to tragic victims, we have seen iterations of ourselves fail or die over and over and over, even in supposedly escapist genres like fantasy and science fiction.

Often creators and fans of these narratives defend them as realistic.

(Right, because nothing is more central to stories about teen vampire hunters, vigilante boy-billionaires, space operas, and post-apocalyptic adventures than grinding realism.)

At the same time, authors like myself who advocate for positive representation and happy endings are regularly asked to justify our choices. (Like a happy ending for a queer character is this radical innovation on par with cold-fusion or faster-than-light travel.) As a rule, I give an offhanded, if honest, response. It doesn’t require much skill or craft to create a plot where characters fail. That’s about as difficult as designing a building that won’t stay up, or singing the wrong words to a song. Navigating conflict and engineering victory from the machinery of defeat—now that requires thought and real effort. Writing characters with the wit, strength, and resilience to overcome the challenges they face is truly engaging.

But in all truth, clever plots and exciting, dramatic battle scenes are only part of my motivation.

I also understand that every time a character is identified as queer and then killed—even in a fantastical setting—that depiction serves to reinforce the idea of queer people as doomed and hopeless. Even if the people watching or reading know better, this negative representation produces a kind of unconscious conditioning. Just like old Pavlov’s dogs, all of us are constantly building mental associations and strengthening them with repeated exposure. Demonstrate something again and again and it becomes ingrained. If film after film, show after show, and book after book repeats the same theme they steadily build a reflexive association. That association shapes our ideas and expectations of the world around us.

A red light flashes and you’re already stepping on the brake.

Green light flickers and your foot hits the gas.

A queer character appears—and you’re already anticipating her demise. Her existence has been conditioned to be synonymous with doom.

(Which might go a good way to explaining why so many writers seem to automatically think that death represents the only realistic outcome for a queer character.)

It isn’t as if this association is limited to fiction, that’s not the way brains function. Instead, this conditioning informs our real-world awareness of each other and ourselves.

It lurks in our minds, undermining optimism and instilling anxiety in the everyday existence of queer people. It colors the responses of straight people. When they already expect LGBTQ+ narratives to end badly, they are far more likely to view our oppression as an inevitable reality, rather than an affront to human rights. So, even well-meaning representations of queer tragedies don’t necessarily result in more sympathy for LGBTQ+ communities. They can actually leave queer people depressed and fill our allies with apathy.

But there’s a flip side to all this gloom. Simply altering the associations can reverse conditioning. This happens all the time when we move to new homes or different cities. We relearn routes, phone numbers, and even entire languages. We are very good at adapting if given the opportunity.

So, what if a queer character appears—

and she masters magic?

Or she founds a new nation?

She captains a starship?

She wins her true love and they live happily together?

Think of the possibilities that all of these new associations could lead to if the narrative transformed into one of triumph instead of a tedious retread of doom.

And here’s the thing: these happy endings aren’t only good for a single queer character.  They’re not just good for LGBTQ+ communities either. They’re good for all of us. That’s right, all of us.

A twenty-year study published by the Harvard Medical School has shown that actively cultivating positive attitudes and emotional resilience can not only improve people’s mental health, but their physical wellness too. It can reduce the risk of heart disease and relieve stress on the immune system. Seeking out and finding joy can lead to a better, longer life. This means that by sharing positive stories which celebrate queer lives, we are contributing to the wellbeing of LGBTQ+ people—not just fictional characters but real people. And when those same stories touch the lives of our allies, then they to benefit.

So, why are happy endings important?

Because we deserve them, not just in fiction but in our real lives as well.

Award-winning author Ginn Hale lives in the Pacific Northwest with her lovely wife and their ancient, evil cat. She spends the rainy days admiring local fungi. The stormy nights, she spends writing science-fiction and fantasy stories featuring LGBT protagonists. (Attempts to convince the cat to be less evil have been largely abandoned.) Her latest release, The Long Past & Other Stories, is out now. 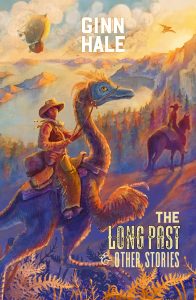