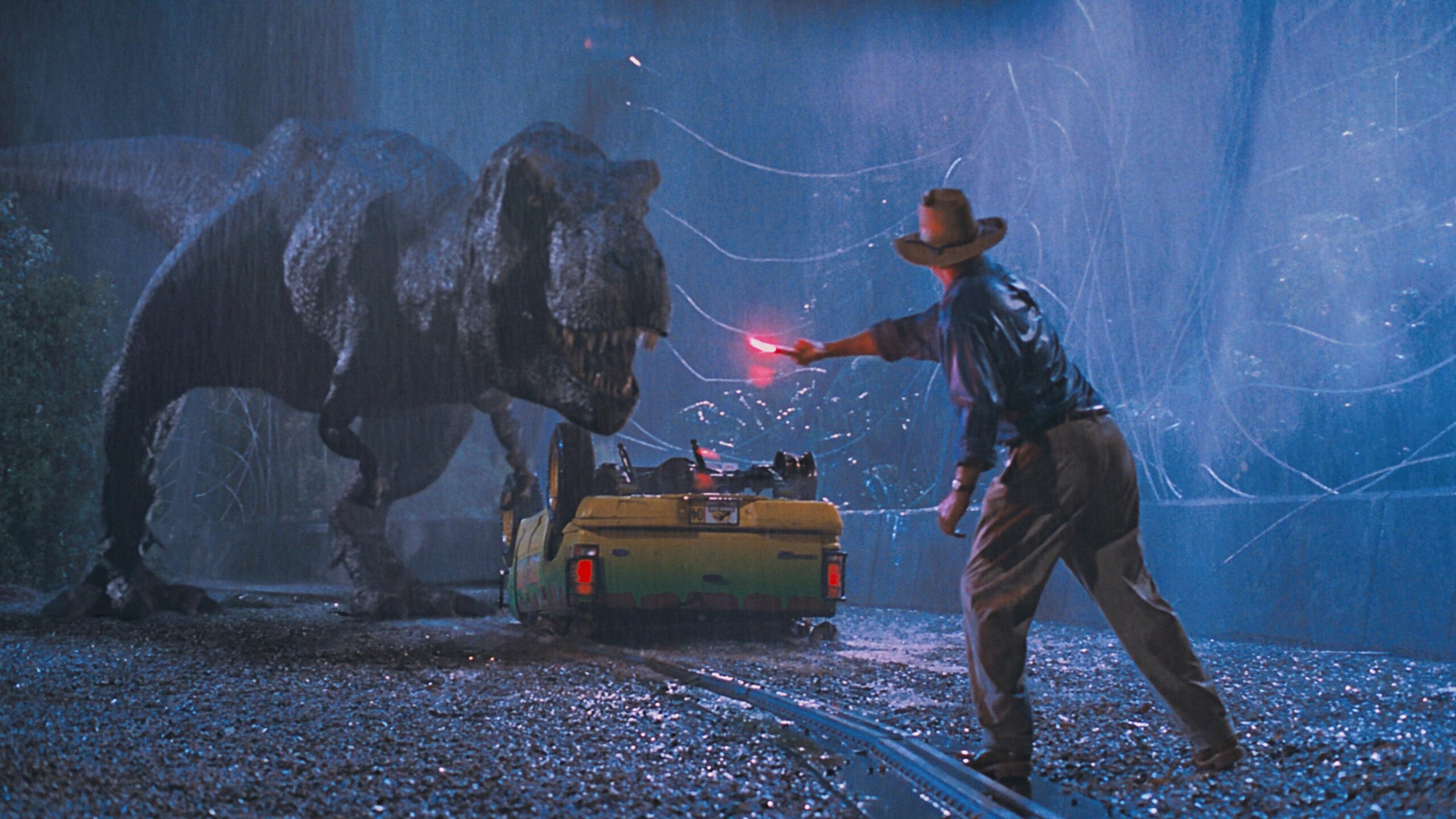 Jurassic Park is a perfect movie. There is no fighting that point. It mastered the art of fear, adventure, and the horrors of men having too much power in a beautifully exciting way. It also helps that the movie stars Laura Dern, Sam Neill, Jeff Goldblum, Samuel L. Jackson, and plenty of dinosaurs to keep us entertained and also terrified.

First released on June 11, 1993, today marks Jurassic Park’s 28th birthday, and what’s interesting about it is that it is still a classic and a movie that terrifies first-time watchers. Even watching it many years after the fact with a then-five-year-old family member and seeing her reaction to this movie I’ve known and loved for so long, watching her scream as the raptors were coming from Tim and Lex, was exciting because I knew what was happening, but she didn’t know how Tim and Lex would escape, and when the T-Rex saves them all, she suddenly was fine with everything that had terrified her previously.

Seeing that reaction and remembering my own fear and love of the Jurassic Park movies is frankly what makes that first movie so special. Sure, it is a perfect movie. I already said as much, but everyone having that collective reaction to Steven Spielberg’s masterpieces? It’s beautiful.

Jurassic Park was based on the book of the same name by Michael Crichton. Exploring man tampering with science and trying to play god, it’s a look at how far humanity is willing to go to prove they’re the “smartest” beings out there—in this case, recreating dinosaurs centuries later just because we have the science. Throughout the movie, Dr. Alan Grant (Sam Neill), Dr. Ellie Sattler (Laura Dern), and Dr. Ian Malcolm (Jeff Goldblum) are confronted with the beings they have dedicated their life to studying.

Not only is the movie a cautionary tale to men and their interfering with the universe at large because life … uh … finds a way, but the deeper look into its characters and their fear within is amazing—not to mention that the movie inspired women of all ages to take up science thanks to Ellie Sattler or got into programming because of Lex (Ariana Richards). It looked at Alan Grant’s fear of having kids and being a bad father but thrust him into this situation with Lex and Tim (Joe Mazzello). John Hammond thinks he’s just giving the world something we have always been obsessed with, despite the fact that he sees what this “creations” are doing to those in the park.

While the rest of the series does have a bit of a messy storyline, this first movie was perfection and still remains a classic. Will we ever be able to watch the scene when Alan Grant sees the brachiosaurus for the first time and the Jurassic Park theme starts to play and not cry?

So happy birthday, Jurassic Park. They broke the mold when Steven Spielberg made you, and maybe you made me want to see dinosaurs even if I knew the point of the movie was that we shouldn’t mess with science. But you just made those raptors so cool! I love you, Jurassic Park.