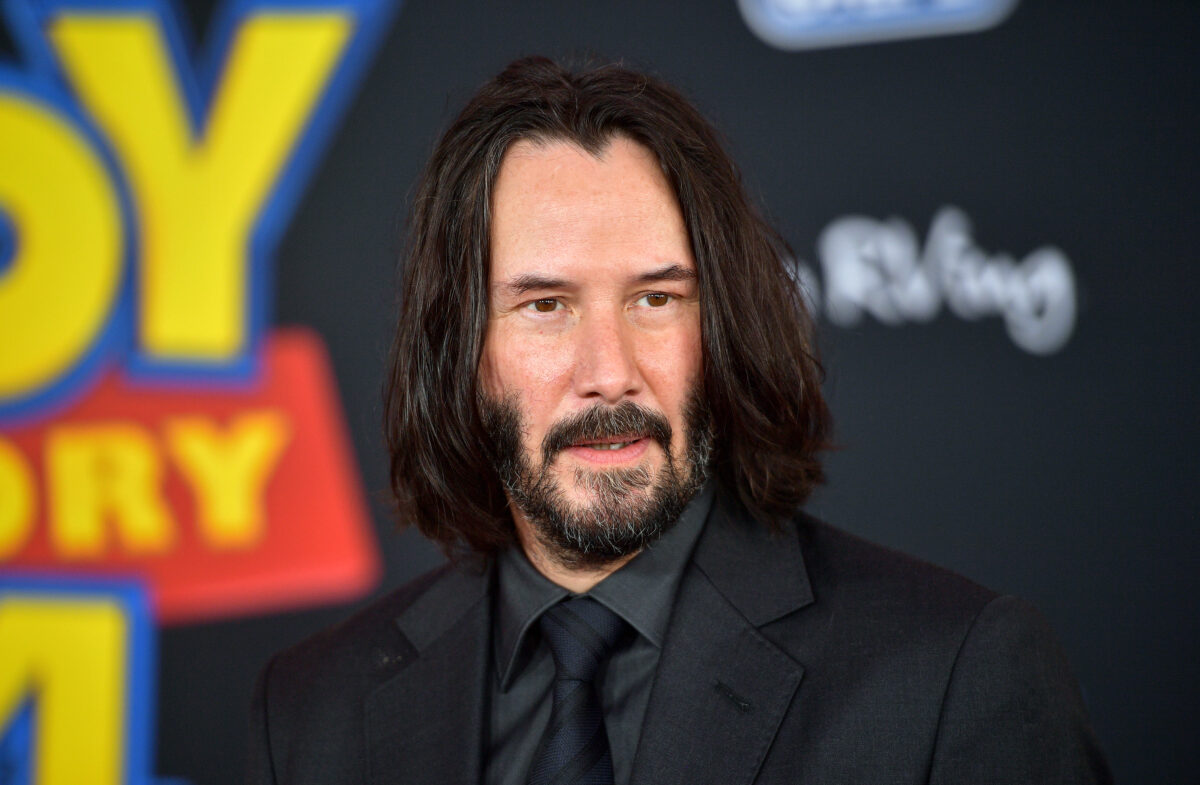 It is the most blessed day, the birth of our Virgo lord and savior, Keanu Reeves. Let us celebrate!

And let us recall: There was a time, not long ago, when we didn’t recognize Reeves as the treasure he is. For so long, Keanu wasn’t given the super-star respect he was due, even after headlining some of the biggest movies of the ’90s. In fact, I don’t think it was until the first John Wick became a surprise hit in 2014 that we, as a culture, truly embraced that Keanu Reeves is just … awesome?

Keanu is, in human time, fifty-six today, and he’s been working consistently in Hollywood since he was twenty. In that time, he’s given us iconic roles like Neo in The Matrix, Ted in the Bill and Ted franchise, Johnny Utah in Point Break, and Diane Keaton’s hot younger boyfriend in Something’s Gotta Give.

But there are so many other performances from Keanu that I personally love that sometimes get overlooked, so in celebration of an icon of our time, here are a few of my favorite Keanu performances.

Much Ado About Nothing

Before he was a major action star, in the early ’90s, Keanu did a lot of work in period pieces. He was great as the dashing but slightly vapid young heroes in Dangerous Liaisons and Bram Stoker’s Dracula, but my favorite Keanu role of that era was as the villainous, brooding Don John in Kenneth Branagh’s Much Ado About Nothing.

I love this movie. It’s fantastic on every level, from the setting and music to the incredible performances. And Keanu is great in it. Seriously. His “I am a clear-dealing villain” scene is amazing for its energy and menace. And he’s also, let’s be honest, pretty dang hot in the movie, too.

This little movie is one I wish more people were aware of. Little Buddha stars, of all people, Chris Isaak as the father of a young American boy who is identified as a potential reincarnation of a Buddhist monk. Though the movie, the boy and two other children, both Nepalese, face tests to see who is the reincarnation of this monk. They also learn about the life of the Buddha and the ideas of enlightenment. Keanu, in a bit of perfect casting, plays Siddhartha, a.k.a. The Buddha.

This is a sweet, wonderful film with genuine heart and meaning behind it, and Keanu is absolutely perfect as the Buddha. Keanu has always been the definition of zen, sometimes to his detriment as an actor. But the peace, humility, and kindness that Keanu exudes works perfectly here. It’s a film very much worth checking out.

Years after its release, this adaptation of the Hellraiser comics is finally getting its due. I personally know the character of John Constantine best from his appearances in the Arrowverse, so I know that this isn’t perhaps the most accurate portrayal of the hard-living sorcerer, but that’s fine. A movie doesn’t need to be true to its source to be good on its own, and Constantine is a truly good movie.

It’s hard to make a movie about the devil and demons and angels that’s truly creepy in an original way, but Constantine did it. The visuals are amazing, the mystery is intriguing, and at the heart of it is Keanu with a tough, jaded performance that’s really great. He gets the edge of the character, but he also taps into the magical energy that he has as a person, and you really believe that this is a guy with a foot in both worlds. I’m glad that this film is getting more attention now, because it deserves to be up there with all the Keanu classics.

Yeah, this movie is just over a year old, but we have to talk about Keanu as the voice of Duke Caboom, the Canadian stunt bike champ. While Forky got all the attention, Duke Caboom was just as fun and funny, and that’s why this is a Keanu performance we should be talking about, because it’s only been recently that audience and Hollywood have really processed how great Keanu is at comedy. He’s not afraid to look ridiculous, and he doesn’t take himself too seriously, which is the key to great comic acting. Also, this role showcased his Canadian-ness, which we also don’t talk about enough.

Keanu isn’t just an iconic actor; he’s also, by every account, an incredibly cool, kind person, and that genuineness and heart comes through in so many of his performances, more and more with each passing year. He’s an icon, but he also feels like an actor who’s just now hitting a new stride, and we can’t wait for what he does in the next 56 years of his immortality.

What are your favorite Keanu Reeves performances, Suevians?