We owe you a galaxy. 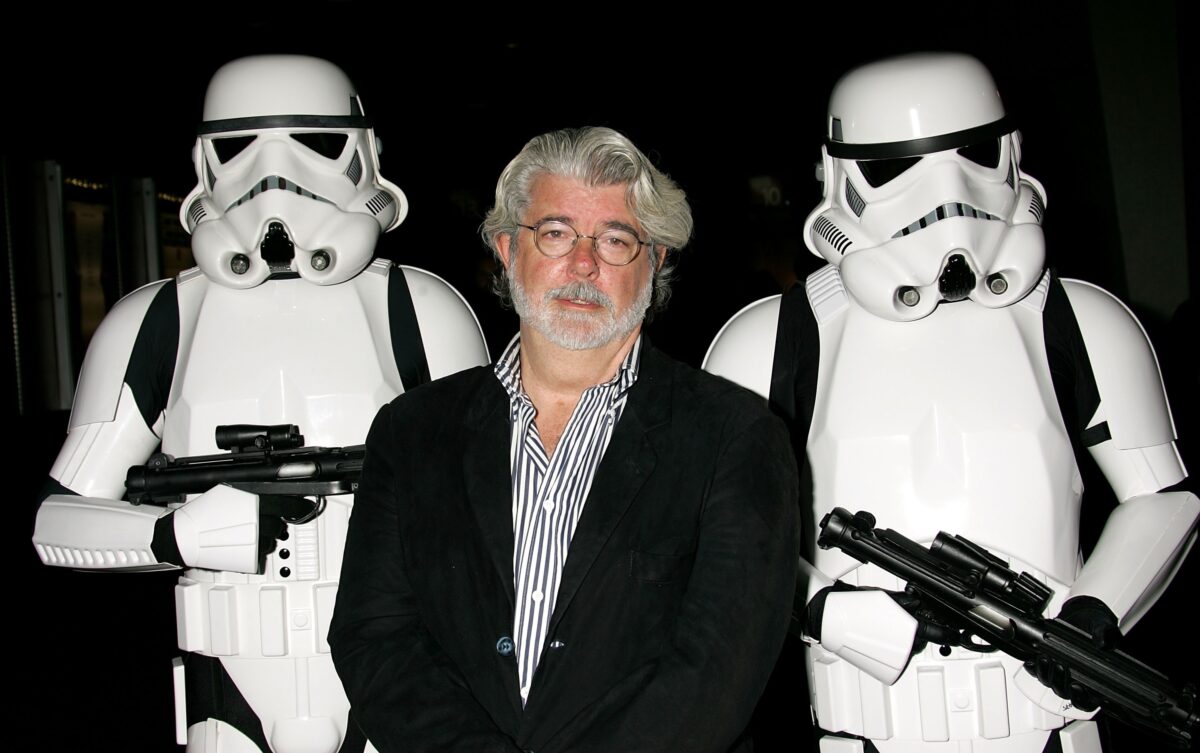 Today marks George Lucas’ 77th birthday, and with that comes the knowledge that we, as Star Wars fans, owe him a lot. Not just because he’s a filmmaker that we enjoy but because George Lucas created something so special that fans are willing to dedicate their lives to it.

When Star Wars premiered in 1977, no one knew what they were in for. It was a sci-fi movie with no names from the man who made American Graffiti. And yet, George Lucas struck gold. It wasn’t perfect. Carrie Fisher had a weird British-adjacent accent, there was a love triangle that ended up being accidentally incestuous, and Chewbacca didn’t get his medal. (I’ll never forget.) But we loved it. We loved watching Princess Leia stand her ground against Vader and escape with Han and Luke. We liked learning about the Jedi and Obi-Wan Kenobi, and we wanted to know more about this time long ago.

It spawned something that no one could have foreseen, and getting to look back on what this series has grown into from what we know about it is part of what makes the Star Wars franchise so fascinating. I was a fan from a very young age. I watched it multiple times before going to the rereleases in theaters in the ’90s, until I got my own Star Wars experience with the prequels.

And maybe having Star Wars ingrained in my life for so long has made it so I love the series unconditionally. Even what I didn’t like in the sequel trilogy, I consumed multiple times over because it was Star Wars. That love runs deep for me. When Star Wars is good, I feel like nothing can top it. It’s why I never shut up about The Mandalorian. And even when Star Wars isn’t great, it’s still this universe I love so I have a love for it that can’t be changed.

And I owe all of that to George Lucas and his vision. Without him, who knows where we’d be? Sure, there’d maybe be something similar in the world, but it wouldn’t be the same—not how we know it now. It wouldn’t be the same love, and everything about Lucas’ world that he built is important to us—the good and the bad.

So today, let’s celebrate the man that made a series we all wish to live in. The galaxy far, far away that just brought us all in and let us all find things to relate to that continues to grow. George Lucas is far from perfect, and the fandom doesn’t let anyone forget that, but with the bad comes the things we love the most, and at the end of the day, we have Lucas to thank for that.

Happy birthday, George, and from the bottom of my Chewbacca- and Din Djarin-loving heart, thank you.