Hire Gadsby to host everything, please. 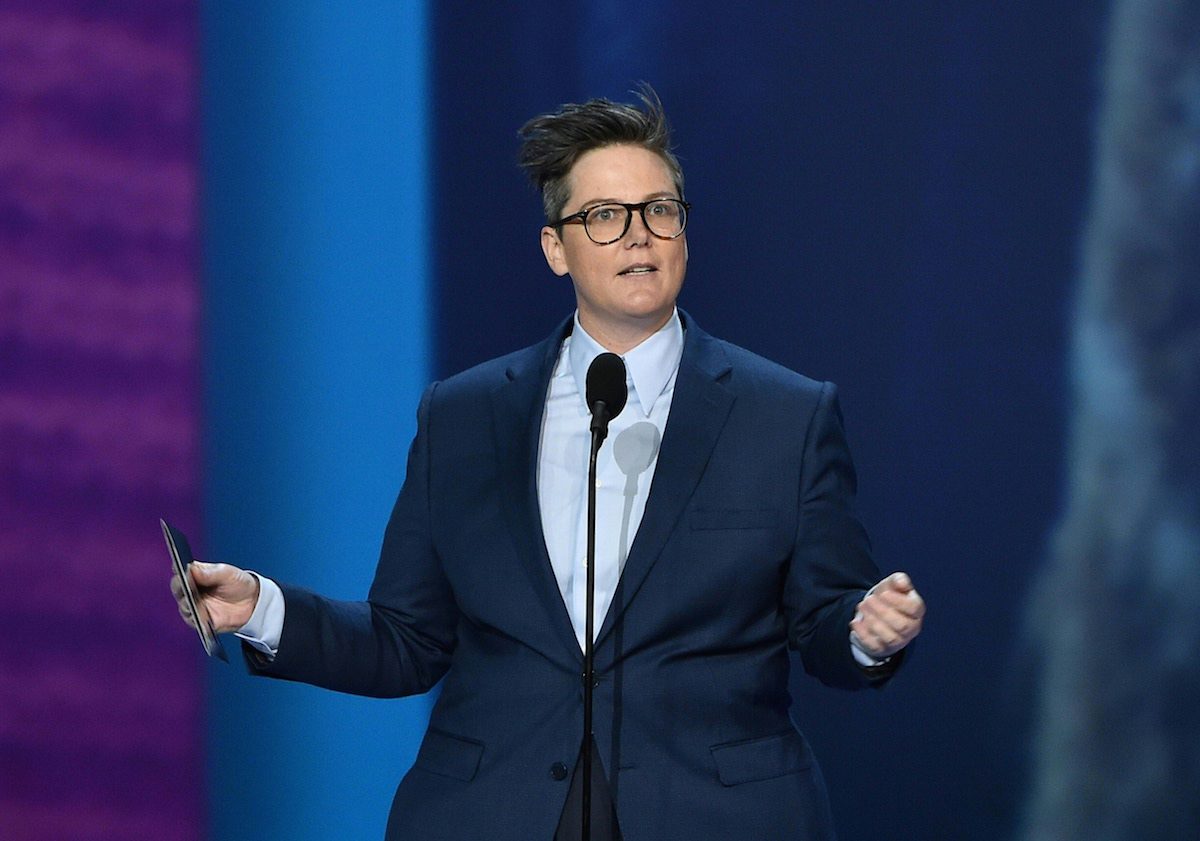 Hannah Gadsby took the stage at The Hollywood Reporter’s 2018 Women in Entertainment gala to deliver a witty and moving speech about privilege and power in the entertainment industry. The Nanette comedian discussed her frustration at the morning event, saying,

“I want to speak about the very big problem I have with the good men, especially the good men who take it upon themselves to talk about the bad men. I find good men talking about bad men incredibly irritating, and this is something the good men are doing a lot of at the moment. Not this moment, not this minute, because the good men don’t have to wake up early for their opportunity to monologue their hot take on misogyny.”

She refers to the “good men” as “Jimmys,” a reference to the Kimmels and Fallons and many other straight white men dominating late night television. She takes these powerful men to task, calling them out for referring to so-called bad men as “creepy,” saying, “If only these bad men just knew how not to be creepy! Is that the problem? Men are not creepy. Do you know what’s creepy? Spiders, because we don’t know how they move. Rejecting the humanity of a woman is not creepiness; it is misogyny.”

Gadsby then gets at the heart of the issue: When it comes to misogyny, men in power will always defend other men in power, and while it’s easy to condemn extreme abusers like Weinstein and Cosby (although not so easy to prosecute them), the lines get blurred when it comes to their peers. Gadsby articulates it succinctly:

It is this innate loyalty that men have for their brethren that causes them to close the ranks, to protect their own. It’s this kind of thinking that fuels the “crazy woman” stereotype when women speak out against abuse. Ultimately, it’s about the preservation of their sense of self. Gadsby remarks that all men innately think they are good, and when their friend behaves badly, they redraw the lines of acceptable behavior and make allowances for their friend’s transgressions.

Gadsby says that men should not be in charge of the line at all, and that the line should be drawn by women. She then takes an extra step to say that the same theory applies to white people, straight people, cis people, abled people, and neurotypical people. Gadsby’s speech is refreshing in its inclusivity, and in its fearless callout of the way privilege and power distorts and dehumanizes marginalized people.

Gadsby’s words, like the comic herself, are smart and thoughtful, while retaining her signature wit and personality. We need way more Hannah Gadsbys in the world than we do Jimmys.