Remember When Men Said We Were Overreacting by Comparing Modern America to The Handmaid’s Tale? So Do We. 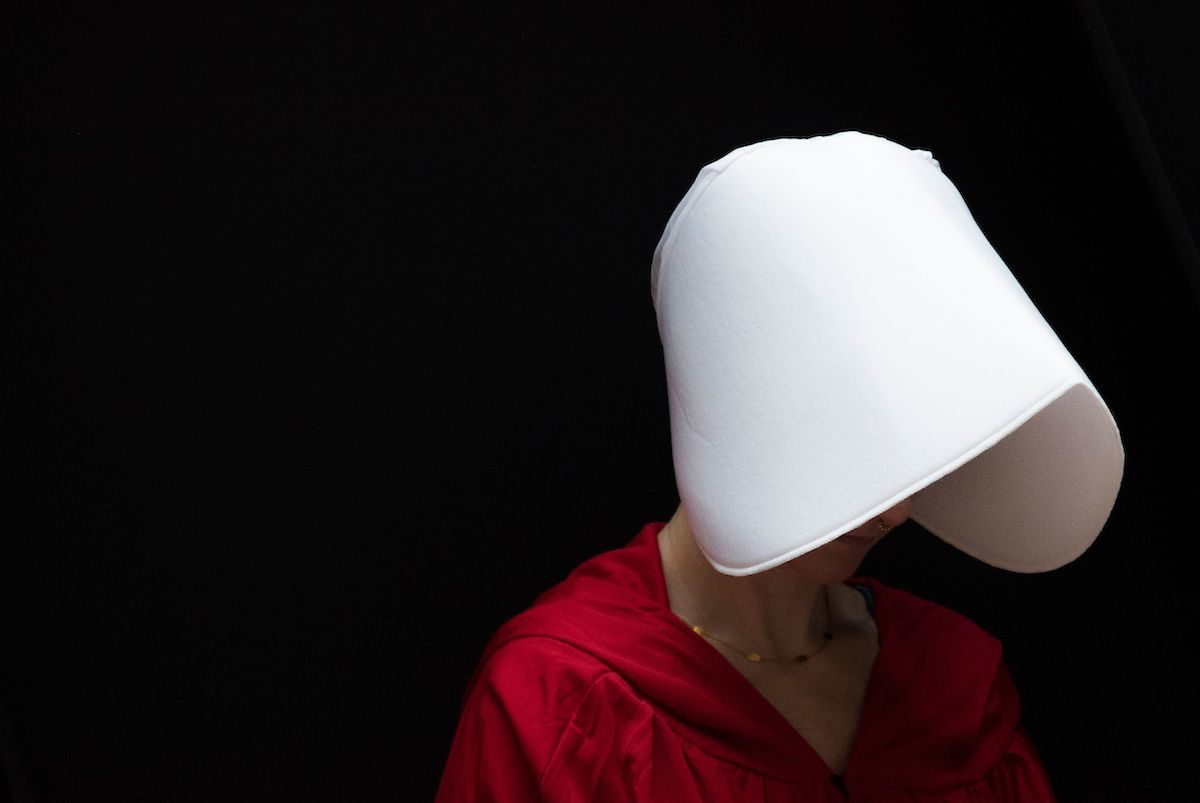 When the creators of the new Handmaid’s Tale series set out to make their adaptation, they’ve said that they didn’t mean for it to hit quite so close to home for viewers. But then Donald Trump was elected and suddenly the show–and the original novel–seemed to mirror so many American political developments in a way that made the show uncomfortably timely. Yet for as long as people have been expressing fear and discomfort around these parallels, there have been others–mostly white cis men, natch–telling us to calm down. And while the internet’s attention span may be short, its memory is long.

One particular tweet from nearly a year ago is making the rounds again, from a male journalist, CNN’s Brian Stelter, telling feminist writer and activist Amy Siskind that making a comparison between Gilead and modern America is “fear-mongering.”

A little under a year ago vs. this week pic.twitter.com/ZlpIOlgjmf

Remember when men told us that saying that we’re a few steps away from a Handmaid’s tale was an exaggeration? We don’t look so “hysterical” now, do we, bros? pic.twitter.com/xJ58HUMU8z

Remember when male journos said feminists were overreacting by comparing what’s going on to the Handmaid’s Tale?

Peak privilege and also we KNEW where this would lead…alas

Women Who Have an Abortion in Georgia Could Soon Be Sentenced to Life in Prisonhttps://t.co/9BGDWnm9n8

Remember when Brian Stelter said we were exaggerating when saying the Handmaid’s Tale was seeming more and more likely? Good times.

It is not hyperbolic to say that the recent developments out of Georgia and Alabama criminalizing abortion are reminiscent of The Handmaid’s Tale. The idea that a fetus should be granted the rights of “personhood” six weeks after conception (before most people even know they’re pregnant) treats women and others able to be impregnated as vessels whose bodily autonomy is considered secondary to their childbearing capabilities, if it’s considered at all.

The infuriating thing about comments like Stelter’s (besides the obvious, immediate condescension in general) is the short-sightedness of it. Siskind’s tweet (which, it should be noted, was actually about immigration, because abortion restriction isn’t the only signal of the impending Handmaidness) saw an authoritarian domino falling and saw where it could be headed.

Stelter was refuting that the stripping of rights is a chain reaction, and refused to accept her view that we were “a few steps from Gilead.” Which, as any reasonable person could infer was never meant to be taken literally. No one is saying state-issued red robes are the future. The sorts of nonconsensual breeding situations on the show are fiction. But they are a manifestation of a battle to deprive women of their reproductive rights, and the battle is what is all too familiar.

What we mean when we talk about living in The Handmaid’s Tale, and why red-robed Handmaids have become a symbol of pro-choice protest, is that we see our autonomy being stolen from us. We see nationalism, white supremacy, and a need to control women’s bodies successfully driving political agendas and we know where that’s heading. We see those ideologies being placed ahead of people’s well-being and the democratic norms that are meant to protect us.

Does that sound like an exaggeration? If so, check out this video from just earlier today, in which Alabama Republicans tried to sneak in a vote on their own abortion bill—which would beat Georgia’s as the strictest in the country—without even a roll call vote first.

BREAKING: Alabama Republicans just tried to sneak through a measure that would make nearly all abortions a felony punishable by up to 99 years in prison without even so much as a normal a roll call vote.

“I know you all are for this bill and I know this bill is going to pass. You’re going to get your way,” Democratic Sen. Vivian Davis Figures calmly told her Republican colleagues during the shouting match in that video. “But at least treat us fairly and do it the right way.”

When Republican politicians give up caring about doing things the “right way” in favor of more quickly stripping away the rights of women, immigrants, and any other marginalized group, that is a clear sign of a descent into authoritarianism. You can say that’s hyperbolic or an overreaction, but know that in a year’s time, people will be back to remind you of that statement, and who knows where we’ll be then.