Our tiny pizzas! Our tiny burritos! All is lost, all is lost! 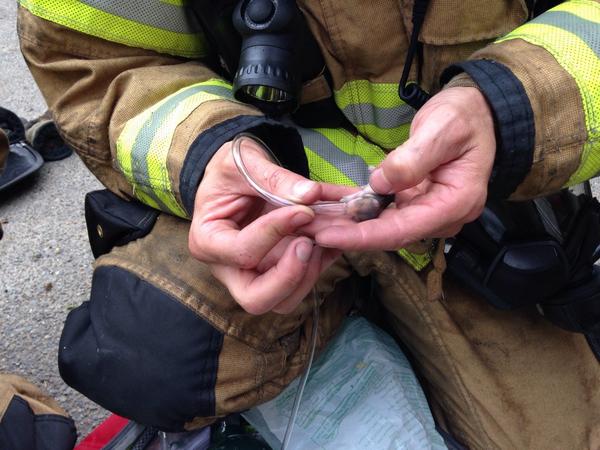 Life sucks and then you die, but if you’re lucky you might help some hamsters first. Last Friday members of Lacey Fire Department District 3 responded to a small house fire and found Oreo, Madonna, and two of their babies in distress—luckily, miniaturized oxygen masks come standard as part of Lacey, Washington’s rescue plan for imperiled pets.

Yes. Our crews are trained and specially equipped to care for animals that have been rescued from a house fire. pic.twitter.com/Vj2lxP2Ybt — Lacey Fire (@LaceyFireDist3) September 26, 2014

Do I wish the firefighters had used mouth-to-mouth resuscitation instead? Kind of! Does that in any way diminish the beauty of knowing these happy hammies are alive and well? Heck, no!