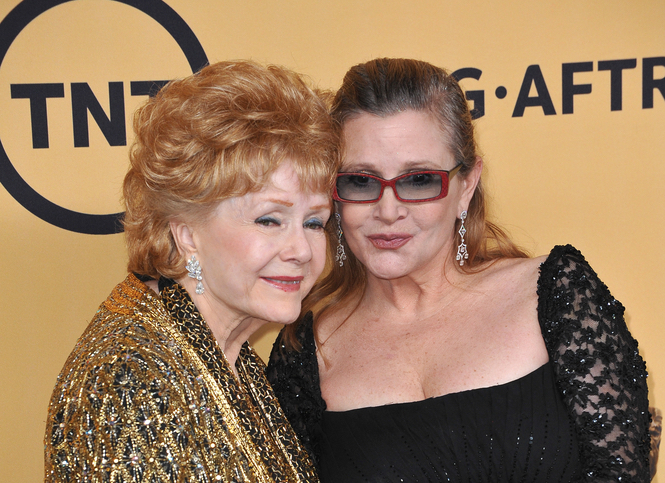 We’ve each been dealing with the loss of Carrie Fisher and Debbie Reynolds in our own way, and so have those closest to them. If you’re still looking for solace (who isn’t?) Fisher’s “space twin” Mark Hamill and her daughter, Billie Lourd, both have touching tributes to help us relive what was so special about the pair of cultural icons.

Hamill posted a short message just after Fisher died, but just yesterday, The Hollywood Reporter posted a guest column from the Star Wars star about the friendship that grew out of their work together. In it, Hamill notes, “She was a handful, but my life would have been so much drabber if she hadn’t been my friend,” and, “I would do crazy things to amuse her on the set. Making her laugh was always a badge of honor. […] I’m grateful that we stayed friends and got to have this second act with the new movies. I think it was reassuring to her that I was there, the same person, that she could trust me, as critical as we could sometimes be with each other.”

Fisher reportedly played a larger role in Star Wars: Episode VIII than she had in The Force Awakens, so hopefully we can still look forward to seeing the pair on-screen together again.

Also yesterday, Billie Lourd took to Instagram for her own brief tribute to her mother and grandmother:

❤👩‍👩‍👧❤ Receiving all of your prayers and kind words over the past week has given me strength during a time I thought strength could not exist. There are no words to express how much I will miss my Abadaba and my one and only Momby. Your love and support means the world to me.

Fisher and Reynolds may be gone, but the impact they had on those closest to them, as well as the rest of us, will last for a long time to come.