Hallucinogens Making a Comeback with Doctors? 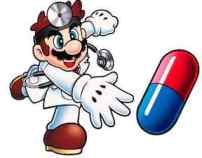 Hallucinogens may have gotten a bad rap since the 1960s as anything other than a source of amusement and cheap dream sequences, but according to The New York Times, a number of doctors around the country are seriously reconsidering psylocibin — the ‘magic mushroom’ hallucinogen — and other psychedelic drugs as a means of treating depression and addictive behavior, with a particular focus on the treatment of terminally ill patients.

Scientists are especially intrigued by the similarities between hallucinogenic experiences and the life-changing revelations reported throughout history by religious mystics and those who meditate. These similarities have been identified in neural imaging studies conducted by Swiss researchers and in experiments led by Roland Griffiths, a professor of behavioral biology at Johns Hopkins.

In one of Dr. Griffiths’s first studies, involving 36 people with no serious physical or emotional problems, he and colleagues found that psilocybin could induce what the experimental subjects described as a profound spiritual experience with lasting positive effects for most of them. None had had any previous experience with hallucinogens, and none were even sure what drug was being administered.

The conference in question, MAPS 2010 [Multidisciplinary Association for Psychedelic Studies], will take place in San Jose from April 15-18;attendees will include not only doctors, but the cofounders of Erowid.org and Jerry Garcia’s ex-wife Carolyn “Mountain Girl” Garcia. More information can be found on MAPS’ website.

(via NYTimes. Thanks, Hannah.)