Review: Halloween (2018) Brings the Horror of Michael Myers Back to Life

3 out of 5 William Shatner masks. 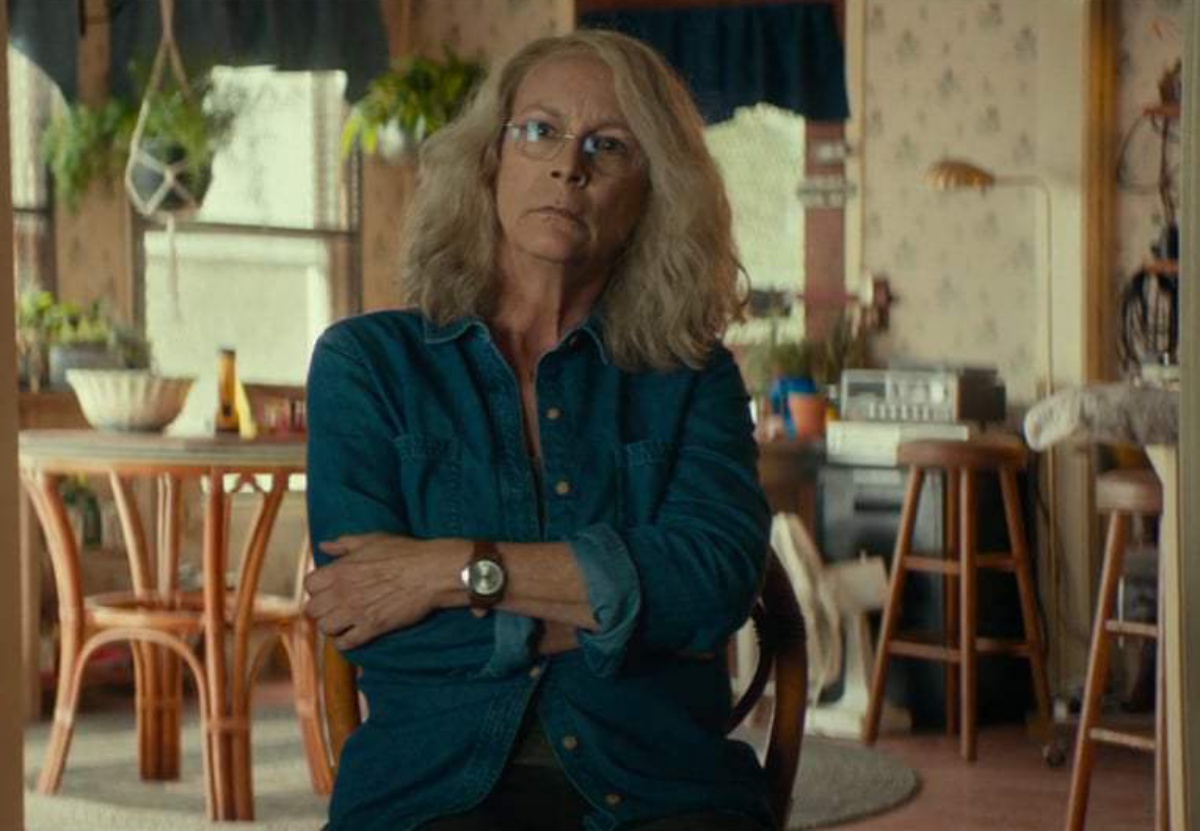 Forty years to the date of the Michael Myers killing spree in 1978, which left several people dead, the sixty-one-year-old masked killer escapes and returns to  Haddonfield, Illinois to unleash his evil upon a newer generation and an old foe: Laurie Strode.

2018’s Halloween is a great addition to the Halloween franchise, and by cutting off all of the previously existing sequels, it’s able to not only make Michael Myers a true creature of terror, but also comments, subtly, on the current true crime culture. When the film begins, we meet Aaron Korey and Dana Haines, two podcast journalists in the vein of Serial or This American Life, who travel to Smith’s Grove Sanitarium to interview Michael Myers, who, in this incarnation, was captured right after the first film. Michael is under the care of Dr. Ranbir Sartain, who is even called the “new Loomis” in the film.

Sartain, Korey, and Haines all want to “understand” Michael because he never speaks, and to them, he is still “just a man” and therefore a puzzle that can be solved. At one point, Sartain wonders if there’s some kind of force pulling Michael towards killing (shout out to the Cult of Thorn) and what sort of pleasure he gets from it. Through this, juxtaposed with Michael’s silent but bloody fury, writers Jeff Fradley, Danny McBride, and David Gordon Green are able to say: It doesn’t matter. There is no motive. Michael kills because he does—something that Laurie Strode is aware of.

What matters isn’t understanding Michael, it’s exploring the effects his terror imprinted upon the young Laurie Strode. Now a mother, grandmother and three-time divorcée, Laurie has become a survivalist, preparing herself for the one day Michael would return, and tries to put that same terror and paranoia onto her daughter, Karen Strode (Judy Greer). Karen has rejected that and lives with her husband and daughter, Allyson Strode (Andi Matichak), constantly telling her mother to get over her trauma and “let it go.”

One of the most frustrating parts of the film is how Laurie’s family treats her. They treat her as if the pain and trauma she experienced, of having to fight for her life and see her closest friends die, is something she should have “dealt with” years ago. She has PTSD, she needs therapy, and she has not been able to maintain healthy relationships because, for her, being a survivor didn’t end when Michael was locked away.

In today’s climate, where we see the pain of women continually downplayed and ignored it struck a chord—not to mention Jamie Lee Curtis sells all the emotional beats of terror, rage and emotional exhaustion wrapped up in Laurie’s reality. Does it justify all the things she’s done as a parent? No, but it does mean that when Michael does com,e and the pretty veil of suburban life goes down, the Strodes can fight.

The movie has some really great gory moments of horror, and its perfect score really draws you into its  atmosphere. Also, it’s a pretty damn funny movie at times, providing excellent levity. There’s an impressive body count, and while you know the scares are coming, those aren’t really the point of Halloween—it’s being able to revel in that tension. I’m super excited to be able to place the Blu-ray of this Halloween next to my existing boxset, because the writers, cast, and score really proved that the best way to reboot a franchise like Halloween is to really strip down to basics, rather than endlessly trying to top yourself.

There’s something powerful about allowing one of horror’s first Final Girls to return as an empowered woman, without any frills or “cool” factor to it, who protects her family. There are so many scenes where the Laurie/Michael dynamic is flipped, and it was so amazing that everyone in the theater clapped. I look forward to the Laurie Strode 2018s and General Leias hanging out during the next SD/NYCCs.