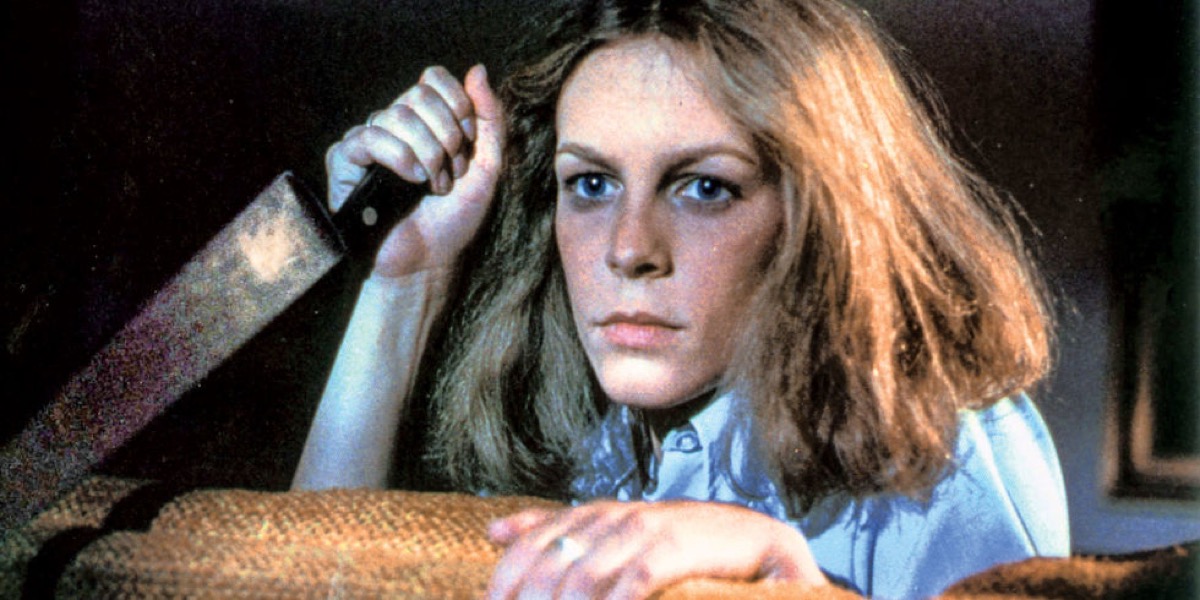 John Carpenter’s Halloween is celebrating its 40th anniversary this month, a movie co-written with his longtime producing partner Debra Hill, who died in 2005 at the age of 54. Recognized in 2003 by Women In Film for the trail she blazed for female producers in all genres, Hill said, “I hope some day there won’t be a need for Women in Film—that it will be People in Film. That it will be equal pay, equal rights and equal job opportunities for everybody.”

According to The Los Angeles Times, the iconic 1978 slasher flick was shot on a $300,000 budget over 20 days in southern California. Starring Jamie Lee Curtis in her first major role, Halloween takes place in the fictional Haddonfield, Illinois (named for Hill’s own birthplace in New Jersey), where deranged sanatorium inmate Michael Myers (Nick Castle) goes on a babysitter killing spree in his hometown.

Carpenter gave us Michael Myers, but Hill gave us Laurie Strode. Hill claimed that she wrote the “babysitter” side of Halloween while director and composer Carpenter focused on Myers and his psychologist, Dr. Loomis, before merging their two stories together into the classic film we know today. Carpenter’s name is inextricably linked to Halloween—he even produced the upcoming 40th anniversary followup with Curtis, which debuted on Friday, October 19, and set a few records for movies led by women. (No women are credited on the 2018 screenplay).

But it’s important to recognize that a female screenwriter (noted by Wikipedia as “Carpenter’s then-girlfriend”) was responsible for shaping the characters of Laurie Strode—also inextricably tied to the franchise and again the lead of 2018’s followup, with Jamie Lee Curtis returning—and her ill-fated friends. Though the original film has frequently been labeled anti-feminist thanks to its “final girl” trope and supposed moral commentary on female promiscuity, Hill told Entertainment Weekly that she laughed off critics who saw the film as chauvinistic.

Producers of The Debra Hill Documentary began raising funds for a project on the filmmaker’s life in 2015, writing on Facebook, “Halloween was just the beginning” and promising to tell the story of “the godmother of indie filmmaking.” Carpenter told the Associated Press after Hill’s death, “She had a passion for not just movies about women or women’s ideas, but films for everybody—horror films, action films, comedies.”

Hill’s legacy makes it clear that “movies about women or women’s ideas” are films for everybody.

Georgi Presecky is a features editor for FF2 Media, an online publication that supports female filmmakers. She is a recent college graduate with a degree in public relations and social media from Lewis University in Illinois, where she served as Editor-in-Chief of the Lewis Flyer. http://ff2media.com/blog/author/georgi/