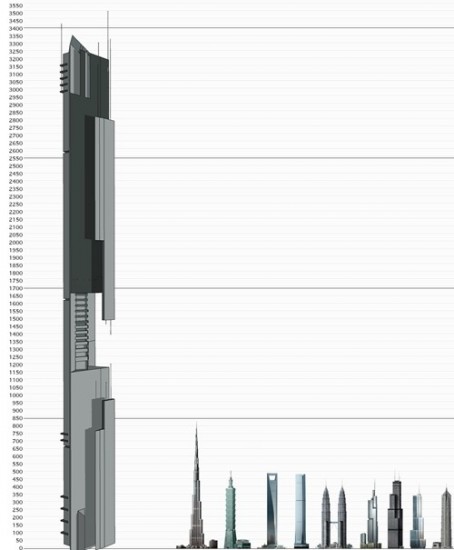 When it comes to imposing-yet-oddly-majestic structures in video gaming lore, Half-Life 2‘s iconic Citadel is at the top of the list. Throughout the game, it’s a point of interest, a destination, and as you draw ever closer, it looms above you in the background to taunt you with your own insignificance. But how tall is it, exactly? Well, according to recent calculations by redditor Ness4114, it’s 8430.9 feet tall, or around three times taller than Dubai’s Burj Khalifa, the current record holder for tallest building on Earth.

The measurement comes from Valve’s Hammer Editor, although there’s been a little bit of confusion as to the conversion rate. While the image above shows the Citadel as 11241.2 feet, the general consensus now is that it’s only 8430.9. Or in other words, really freakin’ tall either way. Makes you wish you could have seen (spoilers from a really old game) its Episode 1, black hole explosion in person, am I right?

Normally I wouldn’t want to steal this behemoth’s limelight, but considering Mass Effect 3 releases today, I feel obligated to mention that however tall Half-Life 2‘s Citadel is, the Presidium Tower dwarfs it at 3,435 feet. But that’s not on Earth, so it doesn’t quite count — in my book anyway.

Just give us Half-Life 3 already!