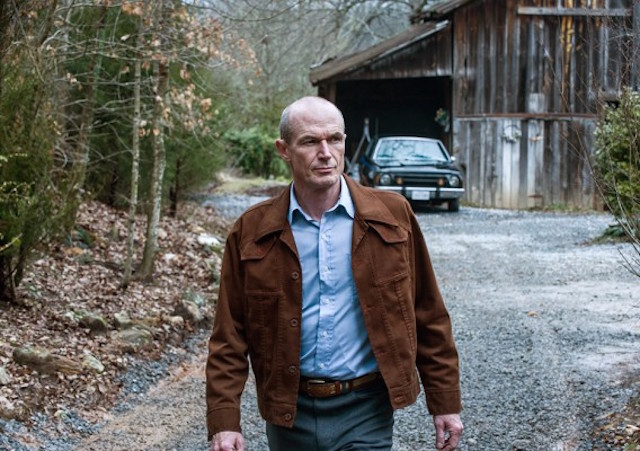 Secrets, secrets are no fun. Secrets, secrets hurt … every single person on this show. Before we get into this episode, I want to address something that was brought to my attention about episode four that I did not consider. I was really glad Gordon was actually trying to help his wife Donna out, and found a way to save “the company” money without just paying their bills. He did this by working with Joe and getting them a new server contract. But, I forgot that Donna (and Cameron) don’t know Joe’s role in the whole thing, and Gordon kept that part secret. In light of this, no, I do not agree with Gordon doing that. In summation. Helping your wife build her business without taking control … good. Not telling her the truth about that deal … bad. And guess what, Gordon and Donna are going to have to deal with that in this episode.

But, everyone is dealing with heavy stuff this week, and the server mystery is ultimately so minor considering the big picture. Think about what happened. Joe broke up with his girlfriend, Cameron started a pretty serious relationship, Donna is dealing with her pregnancy, Cameron and Bos are fighting, Donna and Gordon are fighting, and Gordon is in fact dying. So let’s start with the big stuff: Gordon’s health.

As you know, the five episode tease about “there is something wrong with Gordon” was kind of bothering me, and I didn’t want the mystery to be season long. This episode we learned what was actually wrong and damn, it’s pretty bad. I assumed he either had a tumor or disease, but really he has brain damage from exposure (because of his work) which is only going to get worse. Understandably he wants to spend the night with Donna (hopefully to talk about this), but she can’t leave work because they are busy and Cameron is in the midst of a meltdown (more on that later). So he goes to a club, tells a drugged out dancer, and gets nothing out of it.

So, unable to tell Donna what’s going on, and definitely not close enough to Joe to confide in him, he calls his brothers (a really sweet scene). And collects his daughters from school and agrees to take them to “grandma’s house” at their insistence (no kidding, what kid wouldn’t want to play Nintendo with their grandma?). And Gordon starts confiding in to his mother-in-law (I did not see that one coming), who admits to wanting the money back they invested in his first computer ($23,000). Quick applause for Annette O’Toole; she’s great as Donna’s mom and the more tense scenes like this between she and Gordon, the better (also Kerry Bishé reminds me a lot of a young O’Toole).

Speaking of Donna, tell your husband you’re pregnant! Come on! She’s so angry that Gordon lied and now she’s lying to him. Communication people! It’s a good thing. But, I understand that she’s feeling additional pressure because community is expanding to a dating service (clever) and having to tell Cameron that Joe isn’t only behind their new server, but she has to go for a meeting with Joe and Mr. Wheeler. This leads to Cameron having a bit of a meltdown in her room, but being talked down by Bos (love those two), who also hates Joe but can put those feelings aside for the good of the business.
And turns out, Cameron pulls herself together and nails that meeting with Wheeler. She’s herself, but composed and confident, impresses him with her simulation of their online games, and gets to go into business with an oil tycoon. So three cheers for Cameron. It’s been five weeks of struggle, but she finally got her win. AND, she has a boyfriend—Tom.

Personally, I know a lot of people think Tom seems a little slippery, but I think he’s good with Cameron in that opposite attraction way. And, I just realized who Tom reminds me of Steve in Singles. Anyone else see that? Understandably, Tom is a little PO’d about Cameron losing it because of her ex-boyfriend, and the two (refusing to actually communicate) seem to be on the verge of ending their all too brief, very tender affair. And then in comes Tom through the window, ready to be there for Cameron. So Cameron is winning professionally and personally this week. It’s about time.

Unlike Joe, who is not doing so well, at least in the personal department. Although giving Mutiny the good deal is working out for him professionally, giving the right kind of data to show to his future father-in-law, he has to admit to his underhanded tactics sooner than he wanted. But Gordon and Donna insist on putting everything on the table and force a reunion between Joe and Cameron. Mr. Wheeler turns out to love Cameron, but Sarah isn’t so pleased about the new venture. Not because she’s jealous of Cameron (at least from what I see), but because Joe lied to her again and tried to pull one over on yet another company (just like he tried to force Cardiff to change). So despite Joe signing Mr. Wheeler’s prenup, Sarah asked to take a break and walked out.