Get Ready to Cry Some Space-Tears: Chris Hadfield Announces His Retirement

We love astronaut Chris Hadfield, which is why it's so hard to hear he's retiring. We just hope he uses his free time to write more tweets. 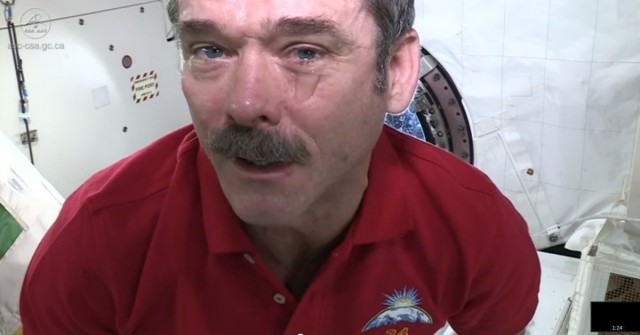 We’ve published dozens of articles about astronaut Chris Hadfield here on Geekosystem. His work on the International Space Station was impressive, but so was his own social media presence covering it. We’re sad to say Hadfield is retiring from public service effective July 3rd.

Few people deserve a break more than Hadfield, whose career has spanned 35 years. He was the first Canadian commander of the ISS, the first person to record a song in space, and he used social media to engage the world in his mission on a scale never before seen.

His Twitter account was a thing of beauty while he was in space, and continues to be one as he slowly tweets out the thousands of photos he took on the space station. The level of enthusiasm for the space exploration Hadfield was able to generate is the kind of thing that got humans to the Moon.

After a press conference announcing his retirement, Hadfield tweeted this picture and message:

To say goodbye to these good people today was much harder than I [email protected]csa_asc twitter.com/csa_asc/status…

Hadfield released many videos while in space, but the one that seems most appropriate at the moment is this one in which he explains how tears work in space.