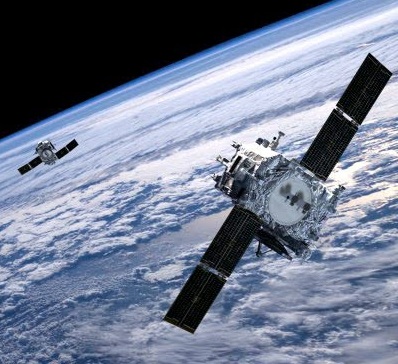 With legislation like SOPA threatening to destroy the Internet in a flurry of misaimed, poorly executed censorship, what’s a freedom of information advocate to do? That’s easy: Team up with others and work on a plan to launch a series of DIY satellites into low Earth orbit for the purpose of creating a completely uncensored Internet that lives in space. This is exactly the kind of plan that was discussed at the Chaos Communication Congress in Berlin. Also, they want to put an amateur astronaut on the moon. But first, space Internet.

While we may be living in a day and age where the concept of a DIY space Internet isn’t completely out of the question, that doesn’t mean that it wouldn’t be really hard. Then again, who better to try than a group of skilled hackers motivated by passion and not paychecks? Hacktivist Nick Farr is spearheading the campaign, and isn’t willing to compromise his vision. “The first goal is an unable to be censored Internet in space. Let’s take the Internet out of the control of terrestrial entities,” he told the BBC. A lofty goal indeed. That being said, let’s examine the caveats, shall we?

Because it’s not necessarily easy to launch things into space, the DIY satellites would probably have to piggyback off official rocket launches. It’s not impossible; students and academics have done this before. The issue there is that, since you’re just hitching a ride, you generally have to settle for low Earth orbit instead of geostationary orbit, which might be preferable. Now there’s nothing wrong with low Earth orbit, but it does come with its own set of caveats when you’re talking about trying to use it for Internet.

The problem with low Earth orbit satellites is that they move really fast, completing orbits in around 90 minutes. When you’ve got something moving that fast, you run into issues trying to track it and trying to talk to it during the brief time you have line of sight. To combat the first problem, Armin Bauer, a 26-year-old from Stuttgart, is working on the Hackerspace Global Grid. The idea here is to come up with “ground stations” that can be easily assembled or cheaply purchased by supports of the project. These ground stations could then work together as a sort of reverse GPS and be used to track the location of the satellites, instead of the other way around. The first devices are due out the first half of this year.

Of course, even if you can pull that off and have low Earth orbit satellites that you can track, they’re only available for a limited time, severely affecting the kind and duration of any connections that can be made. No one has been able to find a great way around this problem, yet. The only alternative would be to get the satellites into geostationary orbit, but connecting to satellites at that distance comes with problems of its own.

The last, and perhaps most interesting caveat, is a legal one. Space is marvelously unregulated, however that’s both a blessing and a curse. On the one hand, it means the the stewards of the hacker space Internet would be free from any sort of legal repercussions for any actions that take place up there. In fact, in space, pretty much everything is legal, theoretically at least. While this means unbridled freedom for just about everyone, that’s as much a liability as an advantage. For instance, there is nothing to stop anyone who doesn’t like uncensored space Internet, say China, from just blasting those satellites out of the sky.

There’s no question about it: Establishing an uncensored, DIY space Internet is a lofty, lofty goal with a lot of challenges. That being said, why not try? Many people are upset by the lull in astronautical ingenuity that’s taken place since the end of the Apollo missions. Who better to try and jumpstart that experimentation again by trying to tackle the looming problems of space Internet than the people who are upset? After all, these guys want to put a man on the moon again, and they could probably use a little practice. I don’t think we’ll be using space Internet anytime soon, but I sure hope I’m wrong.