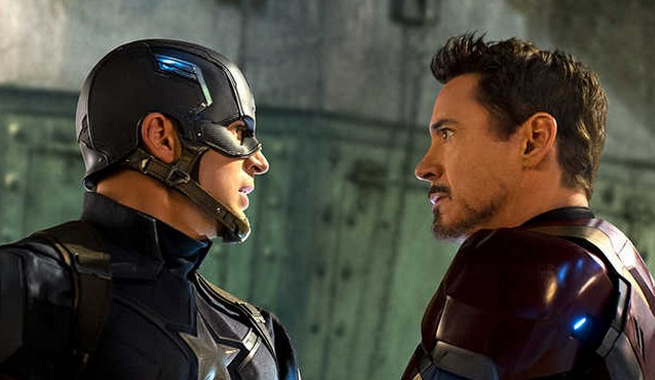 This is Ryan Wilcox, he’s an 18 year old guy from San Diego battling cancer and he absolutely LOVES Captain America and the Avengers and what we want for Ryan if possible is to meet the actors and actresses of the Avengers, especially Chris Evans who plays Captain America. He isnt doing too well and this would be a major way to boost his spirits and quite frankly be the best moment of his life if he literally got to meet his hero! Please share this to help get the attention of Chris, Robert, Scarlett, and the rest of the Avengers cast.

Although Scarlett Johansson couldn’t make it, Gwyneth Paltrow revealed yesterday that she, Chris Evans, and her “better work half” Robert Downey Jr. made it out to San Diego for a visit with Ryan. Evans had already sent Wilcox a video earlier this month in which he encouraged the 18-year-old to stay strong and thanked him for being on Team Cap.

You can check out some pictures and video of the group’s visit with Ryan below (as many people pointed out on Instagram, it’s nice to see Downey and Evans hanging out in an airport parking lot without coming to blows).

Ryan and his mom Amy Wilcox told NBC that he was absolutely shocked when the actors showed up unannounced at his front door, and that the group had a low-key, relaxing visit in which they hung out in Ryan’s room and talked to him about movies.

For me, this story is a reminder of just how powerful and positive fandom and social media can be. Some of Ryan’s friends from school helped organize the social media campaign to get attention from the Marvel stars, and it’s awesome to see that Paltrow and her Marvel co-stars were able to act on it. I wonder whose side Ryan is on now? I’m casting my vote for Team Pepper Potts.

Let’s do this #ryanstrong @robertdowneyjr #chrisevans   A photo posted by Gwyneth Paltrow (@gwynethpaltrow) on May 23, 2016 at 10:09am PDT

Today @ryanwilcox0303 got a little surprise. Thank you to the incredible #chrisevans and my better work half @robertdowneyjr for being the men you both are. And thank you to the Wilcox family for your hospitality! #ryanstrong A photo posted by Gwyneth Paltrow (@gwynethpaltrow) on May 23, 2016 at 12:10pm PDT

HE FINALLY GOT TO MEET HIS HERO!!!😊 Ryan you’ve inspired me and so many people with your story and your strength and reminded all of us on how dreams can really come true with the support from your friends, family, and fans that love you and will always be rooting for you! You’re always in my prayers RYAN! #ryanstrong   A photo posted by 🌸 N I Y A H (@hizrarejwl) on May 23, 2016 at 12:50pm PDT