Gwenpool Gets Her Shot at a Solo Series This December 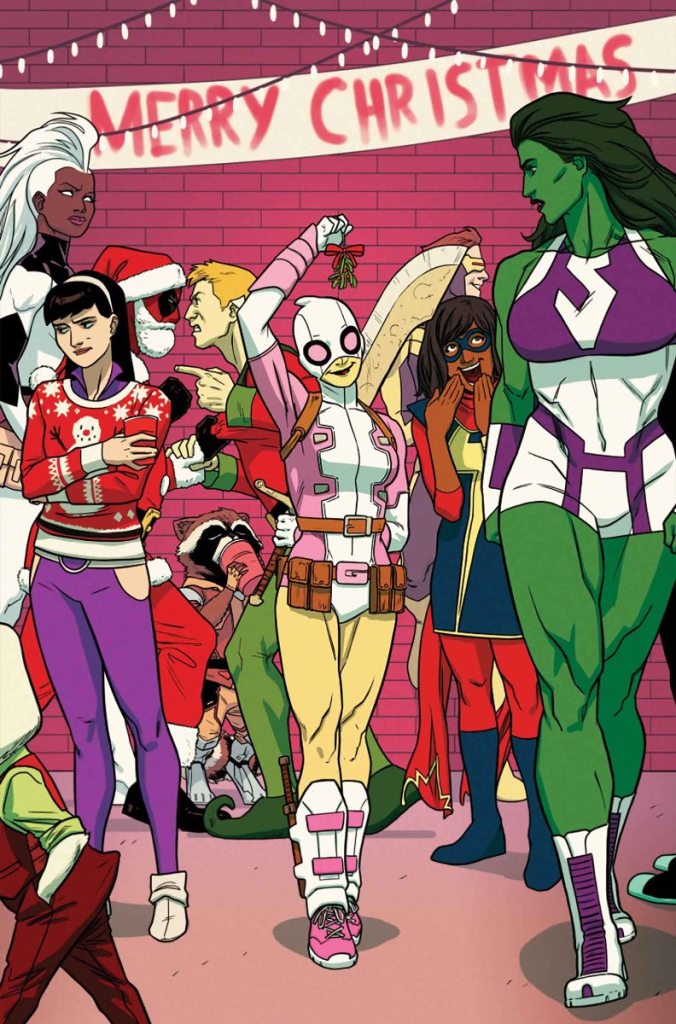 Earlier this year, we talked about those rad Gwen Stacy/Spider-Gwen variants. One of them was GWENPOOL, an amazing Gwen/Deadpool mashup featuring Gwenpool lounging in a pool sipping a cocktail while a dead body floats nearby. If you dug those, brace yourselves, because now Marvel’s giving her a shot at her own solo book with GWENPOOL.

This fall, Gwenpool finds herself in a three-part arc in Howard the Duck. Then, in December, she gets a special issue in Gwenpool Special #1, where she hits up She-Hulk’s Christmas party. Note to self: don’t bring fruit cake to that party, lest I end up getting killed for it.

What do you think, folks? Are you excited for more Gwenpool?