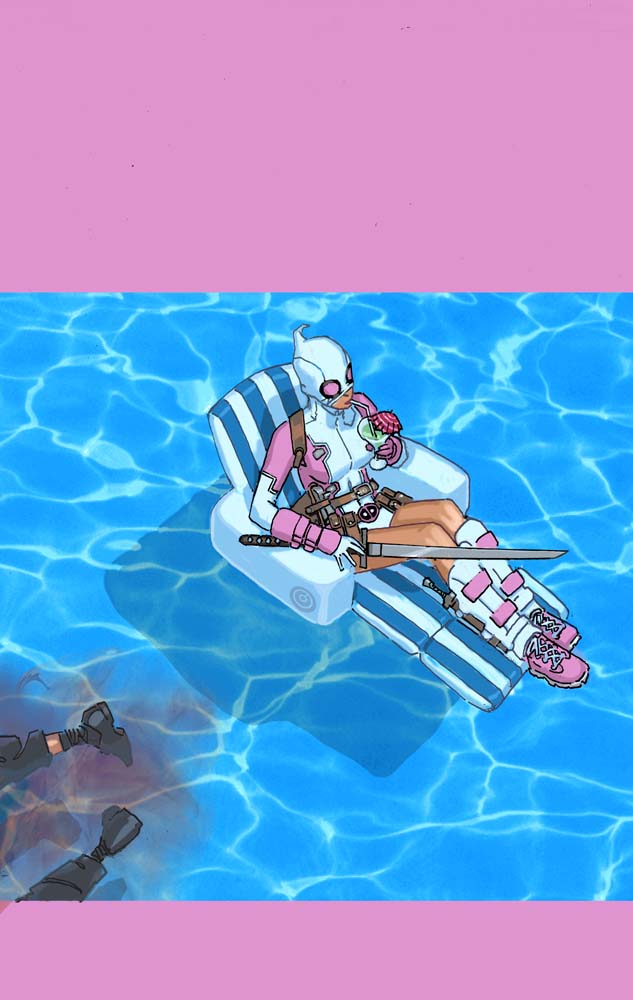 Marvel’s Spider-Gwen variants keep getting better and better. This one is for Deadpool’s Secret Secret Wars #2, by Chris Bachalo. (via Newsarama)

Educatin’ all over the place—today our EIC Jill hit up MSNBC to talk about why sexual assault on television is problematic.

Delta Airlines has made the most bonkers Internet safety video of all meme time. (via Laughing Squid)