Get down with your bad self, girl! 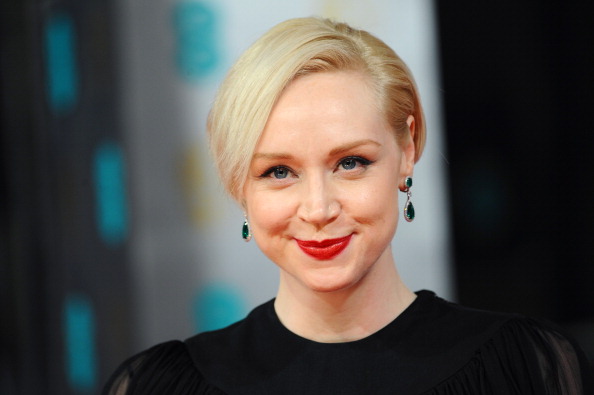 There’s so much to be excited about when it comes to The Force Awakens—not the least of which is the character of Captain Phasma, played by Game of Thrones and Hunger Games star Gwendoline Christie. The reason? Because Phasma’s gender doesn’t really define her character at all, and because she’s an imposing figure in her own right.

Part of that, Christie says, is because we still don’t know much about Phasma’s origins—or even about what she really looks like, due to the fact that she’s covered head-to-toe in armor. “[We] are used to, in our media, connecting to female characters via the way that they look, from the way they are made flesh,” she said in an interview with Entertainment Weekly for their upcoming Holiday Preview issue.

Similarly to masked characters of the franchise, like Darth Vader and Boba Fett, we don’t need to see Phasma’s face to comprehend her strength. “We are actually connecting to a female character as a human being,” Christie said.

It’s fascinating that Phasma has already started to rise through the ranks to be compared alongside other Star Wars villains. Although there have been other female villains within the Star Wars franchise, Phasma is technically the first one of the movies, and it sounds like Christie is really relishing the opportunity to be the inaugural female baddie on-screen.

While Christie says that being a part of The Force Awakens was a “fangirl’s dream” because Princess Leia was always one of her personal heroines growing up, she also admits that it was fun being on the Dark Side: “Unfortunately, it came all… too… easily.”

What do you think of Phasma as a character so far? Who are you hoping she’ll go head-to-head with in The Force Awakens?

(via EW, image via Getty Images)