Fox News Has a Late-Night Comedy Show Now & Gutfeld! Is Even Worse Than You’re Imagining 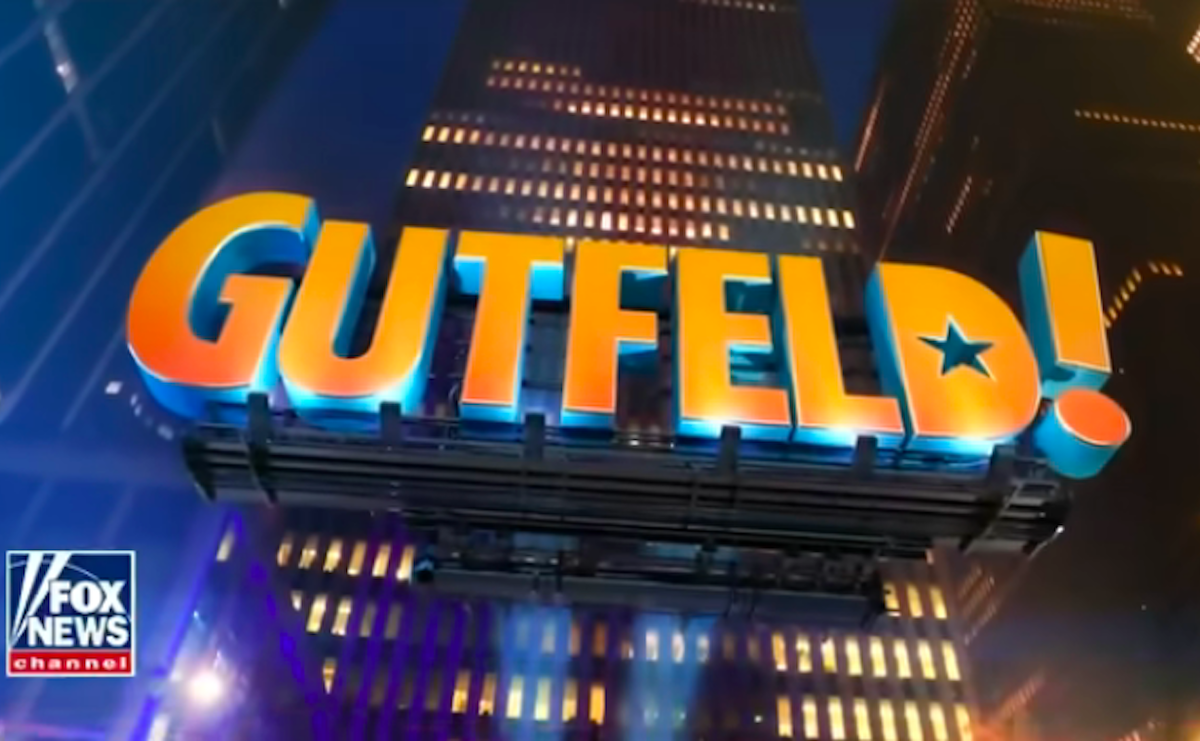 Fox News launched a new late-night comedy show this week and just know that whatever you’re imagining, the reality is so much worse.

Gutfeld! (yes, that’s actually the name) is hosted by network fixture Greg Gutfeld, who constantly refers to himself as “GG” and opened his first show Monday night by mispronouncing Kamala Harris’ name while also being spectacularly unfunny.

“I’m as giddy as KaMAla Harris explaining kids in cages,” he said. “Or Woody Allen hearing about kids in cages.”

That’s the joke that he chose to open his show with. By the sound of the applause and super-delayed laughs, it sounds like the entirety of the “audience” is made up of the studio’s camera operators and PAs, but I guess it’s hard to tell with jokes like that.

I can hear you asking why the Gutfeld! logo looks like the Garfield logo and I’m sorry but I do not have an answer for you.

From there, Gutfeld does some “comedy” about MSNBC’s Brian Williams taking a helicopter to Mars. If that doesn’t make any sense to you, it’s because it seems to be based on a controversy from more than six years ago—that time Brian Williams said his and his team’s helicopter came under fire while reporting in Iraq, when in fact that had not happened.

Again, this is the material Gutfeld chose to lead with.

The funniest part about Gutfeld! is that they have to do this EVERY night now. Like, that show last night was the material they had been workshopping for weeks. That was literally the best his nonunion writers could do.

The show also features some attempts at, uh, I guess you’d call it satire? Parody? Sketch comedy? I really don’t know what it thinks it is but the punchline is “liberal media.”

Segments include a fake CNN panel where white pundits call each other racist and a fake network called “All Trump News” because the media just misses Trump so much they can’t stand covering other things.

it’s unbelievable how unfunny this is. i can’t turn away pic.twitter.com/L2f7dmJkGL

Gutfeld! may be (an attempt at) comedy but it has just as much Fox News bigotry and ignorance as any other show on the network. Gutfeld tried to joke about how the left is overreacting to the voter suppression happening in Georgia (and other states nationwide). Taking aim at criticism of voter ID laws, Gutfeld says he can’t imagine why a person wouldn’t have a government ID. That’s it, that’s the joke.

It’s pretty obvious why the audience didn’t know they were supposed to laugh at that one.

This isn’t Fox News’ first attempt at comedy. Years ago, they Mike Huckabee his own talk/music/comedy show, aptly titled Huckabee (no exclamation point). That show is, remarkably, still on the air, though it switched over to a Christian conservative network a few years ago.

I never watched it, but based on actual comedian Joe Mande’s experience going to a taping baked out of his mind, it sounds pretty similar to Gutfeld!, at least in terms of comedy quality.

The network also had another late-night show hosted by Gutfeld, called Red Eye, which was canceled in 2017. That show presented itself as being open to different viewpoints and brought on guests ranging from Amy Schumer to former White House spokeswoman under George W. Bush, Dana Perino.

Based on Gutfeld!’s obsession with mocking liberal media, I’m guessing we won’t see many non-ultra-right-wing guests on this show.

Although it also doesn’t sound like Red Eye was as open as it tried to appear:

Back in the day, I had two bookings for Red Eye. During the first appearance, I did an Ann Coulter joke and because of that, they cancelled the second appearance. But good luck to this little pussy! pic.twitter.com/OygIohH62r

Still, I am truly amazed that Gutfeld! made it onto the air. I almost didn’t write this article because for a split second I worried about giving the show free publicity but I honestly cannot imagine anyone willingly watching it and if they do, well, they deserve what they get.