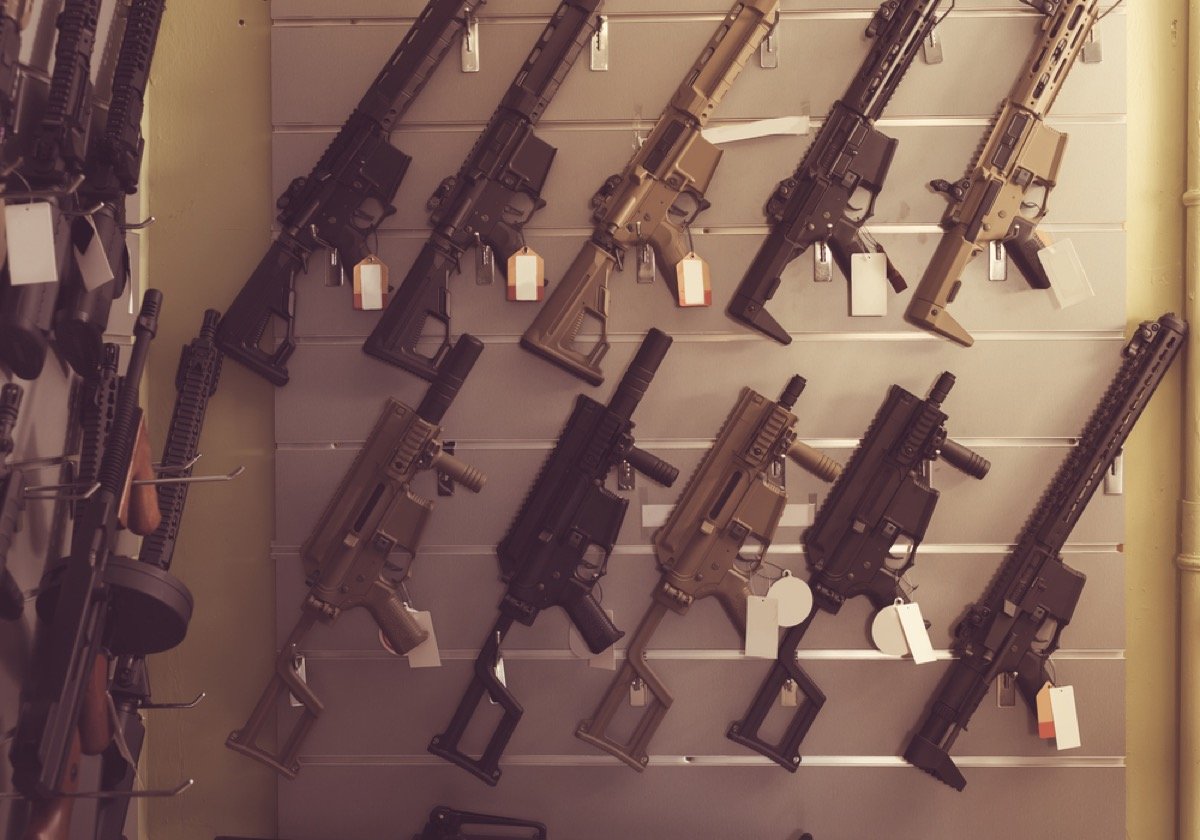 With yet another mass shooting come and gone without any change that would make it harder for someone to just kill a bunch of people whenever they feel like it, there’s one correlation that most commentators still seem reluctant to address.

No, it’s not gaming, as has been suggested in the wake of 2 fatalities (three, including the gunman) and 11 people wounded at a Madden video game tournament. It’s the fact that 98% of all mass shootings have been perpetrated by men (and 59% by white people, according to Statista, but that’s a topic for another day). Seriously, mass shootings by women are so rare that there aren’t even enough of them to study.

While I’m not from the U.S., every time I hear about another mass shooting, my heart weeps for all the people who could have been saved so easily, if only more politicians had a conscience. That doesn’t mean the U.S. is the only place that has seen death and destruction at the hands of men who suffer from anger control issues, among other things.

Not too long ago, the U.K. saw a man get so enraged at what a certain newspaper was telling him (another case of Rupert Murdoch spreading his poison) that he drove to London and tried to mow down Muslims leaving a religious service with his car. I can only imagine how much more damage he could have done with a gun or two.

While some of these men may have had mental health issues, as is often discussed in the aftermath, all of these men exemplify toxic masculinity—just think of how many of them also have a history of domestic violence. Indeed, I believe that most terror attacks are influenced in some way by it, and we are greatly underestimating the threat it still poses.

Toxic masculinity is an unhealthy, warped version of masculinity that is still all too common in our society. Examples are the belief that men who express any negative emotion other than anger are weak, that men are supposed to dominate, and that physical strength is most important. In the case of the recent shooter, he failed to dominate (win) and expressed his anger, the only negative emotion he was likely taught to have, by grabbing an easily accessible firearm, with deadly consequences.

On an institutional level, toxic masculinity causes many suicides by putting stigma on men seeking help for depression, and results in men receiving less paternity leave in most countries, because it’s assumed that they won’t take on as much of a caregiver role—not to mention the negative consequences it has for women. In contrast, examples of healthy or positive masculinity are protecting the ones you love, standing up for what’s right, punching Nazis, and Terry Crews.

Sometimes, you can even find examples of positive masculinity where you least expect them, or at least where the people trying to blame gun violence on video games would never look. In the latest God of War game, for instance, series protagonist Kratos has a son, Atreus. The game starts with Atreus’ mother dying, and Atreus is instantly allowed to cry. 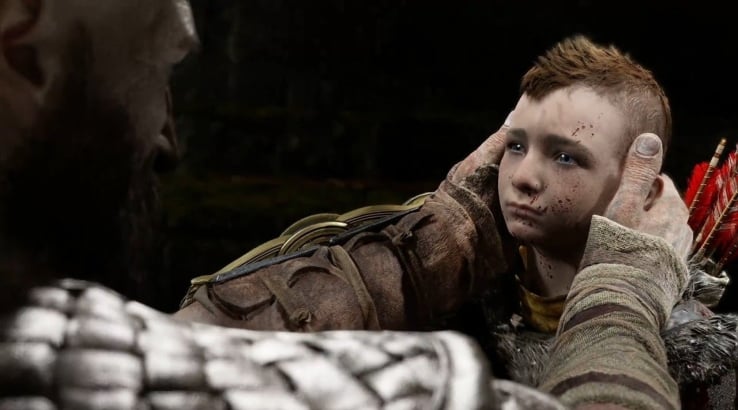 Slightly later in the game, Kratos tries to teach him that anger without control is useless, that he needs to learn to channel and control his rage to protect them both. We also see him struggle with being a father because his life of punching gods has not prepared him for such an important task, but he tries anyway. These are all good lessons from a man who in previous games has done plenty of problematic things, in a game that is still plenty violent.

Another example of a main male character in a game who I believe embodies positive masculinity—though this may depend on your play style—is Geralt of Rivia in The Witcher 3. This is another father figure who is focused first on finding his adopted daughter and then on helping her become her own person. Geralt also regularly hangs out with powerful female sorceresses and does not feel threatened or weakened one bit by the fact that they can do things he can’t. He’s secure in his masculinity without trying to control other people, and happy to help old ladies find their missing pans, to boot.

While there are plenty of other games that send positive messages, it’s true that there are many more that could use some work—or at the very least some more diverse development teams—but that doesn’t mean games are in any way to blame for the current epidemic of violence in the U.S. Indeed, the same case can be made for films, TV shows, and any other medium, considering everything has its flaws, and the majority of popular fiction is still full of toxic messages for both men and women (and almost zero positive messages for those who identify as both or neither).

In this way, our entertainment mimics its creators—all human beings are flawed, after all.

However, that doesn’t excuse men for killing when they can’t think of another response, and that doesn’t excuse those in power from ignoring that these men had many red flags, such as spousal abuse and even restraining orders filed against them. Ignoring the problem won’t make it go away, and trying to cover up the ugly truth doesn’t help anyone.

Now, to all the men out there who are ready to point out that they’re not like that: I know. I have a husband who is both strong and worried about hurting even a fly, and wonderful male colleagues who talk about watching The Great British Bake Off almost as enthusiastically as they talk about sport. I know a lot of men have a healthy view on masculinity, and I’d like to think the percentage is rising with each generation.

What I need you guys to do, though, is look around you and notice those men who get a little too angry if they lose, who react especially negatively if a woman disagrees with them—maybe you’ve even noticed bruises on their girlfriend or wife. If you feel strong enough, pull them aside and have a talk, man-to-man, about their behavior, especially if you know they have access to guns.

If you don’t feel safe doing this, flag it up to someone and make others pay attention, too. These men don’t listen to women, so it’s up to you guys to talk them off the ledge, if possible, or at least try to prevent more men from going too far down that path by pointing out toxic masculinity whenever you see it go unchecked. Make being an entitled man-baby as unpopular as it can be.

Of course, confronting bad behavior is just one small part of addressing a problem that is enormous and fairly global. The main difference in the U.S., when it comes to mass shootings, is that other countries don’t give their citizens such easy access to people-killing murder machines. Until we can get comprehensive education and deal with toxic masculinity head-on, and/or the U.S. gets some sensible gun control laws in place, I believe the only solution is for a law to be passed that only lets women buy and own guns. If that sounds too much like a Bojack Horseman episode, well, thanks for getting the reference.

L.B. Zumpshon is a former neuroscientist and current finance writer who somehow always finds the money to buy more books, if nothing else. She lives in the UK (at least until Brexit happens) surrounded by unfinished stories, games and too many books, and can be found at brainsandwriting.wordpress.com.