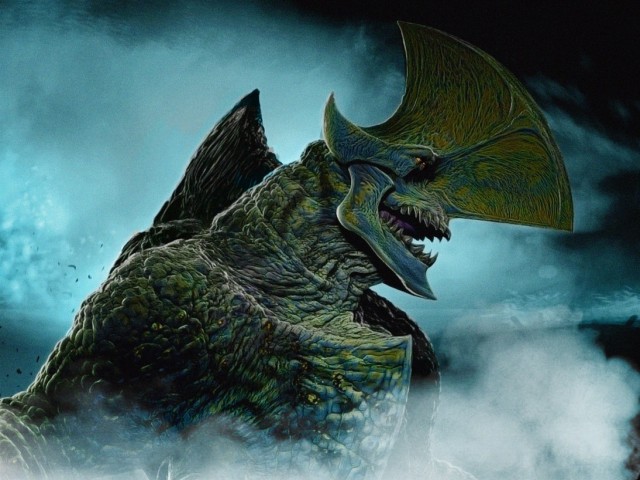 During an interview with Entertainment Weekly about Pacific Rim 2‘s recently-announced cancellation, Guillermo del Toro said he hasn’t abandoned hope for the project: “We are still turning in a screenplay and a budget in three weeks. As far as I’m concerned, it’s not gone. We’re still on it.”

Del Toro says he may shoot another film while he waits for the world to come to its senses about Pacific Rim 2. In fact, if money were no object, he’d shoot all the films: “I can tell you this, if I was a billionaire, I would definitely do Hellboy 3, Pacific Rim 2, and At the Mountains of Madness. And I would quickly become a millionaire.”

It saddens me to see Pacific Rim 2 mentioned in the same breath as long-delayed projects like Hellboy 3 and At the Mountains of Madness, but I have faith.

Just wait till Crimson Peak comes out, Guillermo. You’ll show them all then.