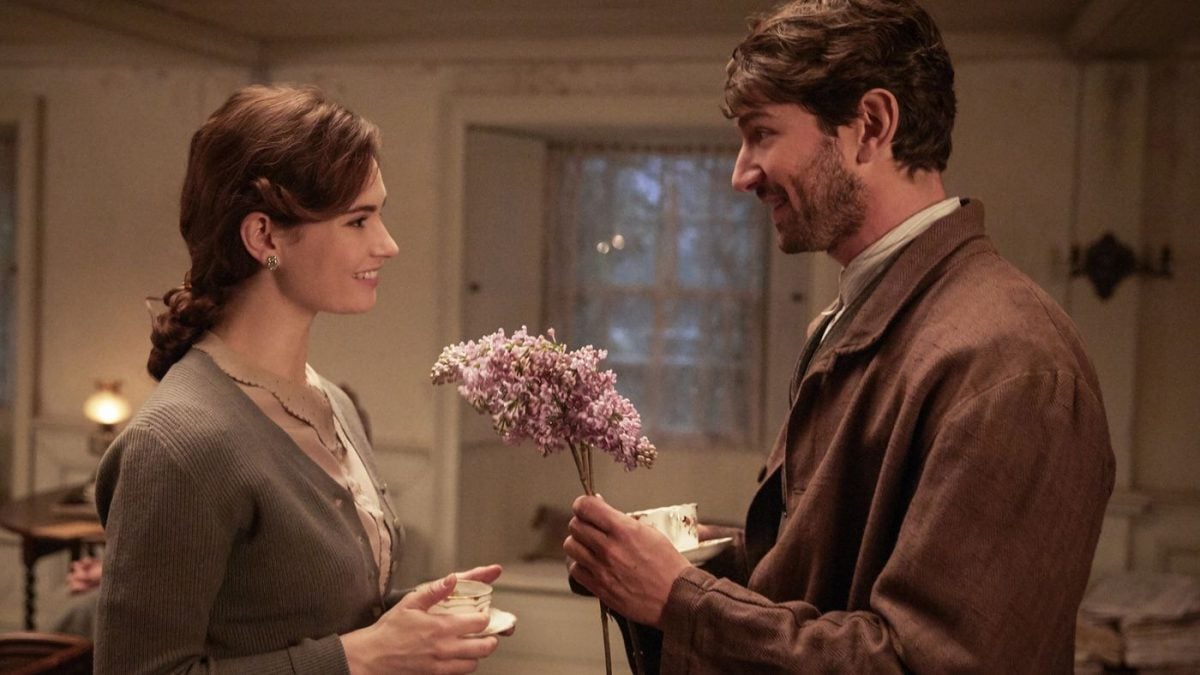 Netflix is quickly creating a monopoly on feel-good fare. First they wooed us with sweet bingeable series like Queer Eye and Terrace House. Now, they’re giving us a romcom renaissance with Set It Up and To All the Boys I’ve Loved Before. Their latest entry, The Guernsey Literary and Potato Peel Pie Society is a tenderhearted British romantic drama guaranteed to tug at your heartstrings.

Guernsey, based on the 2008 novel by Mary Ann Shaffer and Annie Barrows, takes place on the English Channel island of Guernsey, where locals form a book club during the Nazi occupation in World War II. After the war is over, book club member Dawsey Adams (played by Game of Thrones and Orphan Black crush object Michiel Huisman) starts writing letters to London author Juliet Ashton (Mamma Mia: Here We Go Again‘s Lily James). Intrigued by the remote book club, Juliet sets off to Guernsey to find out more.

Guernsey has all the qualities you want in a romantic British period piece: gorgeous vistas, lush cinematography, beautiful costumes. It also delves into a lesser known part of World War II history (the occupation of the Channel Islands) that we have yet to see onscreen. There are countless stories to tell around WWII, but Guernsey shifts the focus from the battle fields to the homeland, delving into the citizens under occupation as well as the PTSD that Juliet still feels as a Blitzkrieg survivor. The film is not just about the war itself, but the pain, confusion and regret that follows in its aftermath.

The members of the literary society, cut off from the rest of the world, find solace and escape in books. Ultimately, they survive thanks to their love of literature and the a makeshift family they find in one another. Like the book club, the film similarly draws you into the intimate story. As Juliet unravels the mystery behind the club’s missing founder Elizabeth (Harlot‘s Jessica Brown Findlay), she feels the draw of finding kindred spirits like herself.

Juliet doesn’t merely fall in love in Guernsey; she finds a home and community that understands her and shares her passions. Guernsey is a love letter to books and the readers everywhere, and moving testament to the power of finding your people. It’s the film equivalent of a hot cup of tea and a warm hug. And couldn’t we all use something so lovely?