Awe-Inspiring Sinkhole in Guatemala in Wake of Storm 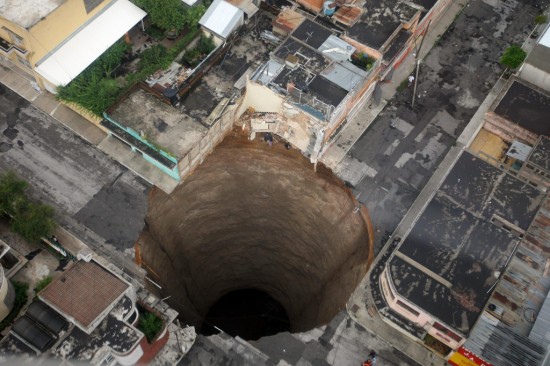 This past weekend, Guatemala was hit hard by Tropical Storm Agatha, which CNN reports killed at least 115 people in Central America. While we hope it does not overshadow the loss of human life, this awe-inspiring sinkhole that appeared in Guatemala City’s Zone 2 may well become the storm’s most-remembered consequence.

A sinkhole is a natural topographic hole that appears when the ground is peeled off by water. According to Wikipedia, “Sinkholes may vary in size from less than a metre to several hundred metres both in diameter and depth, and vary in form from soil-lined bowls to bedrock-edged chasms.”

While some have wondered whether these photos are real or fake due to their almost perfectly cylindrical shape, they appear to be real: Both were posted by the Guatemala government’s official Twitter feed. Click on either one to see it in higher resolution. 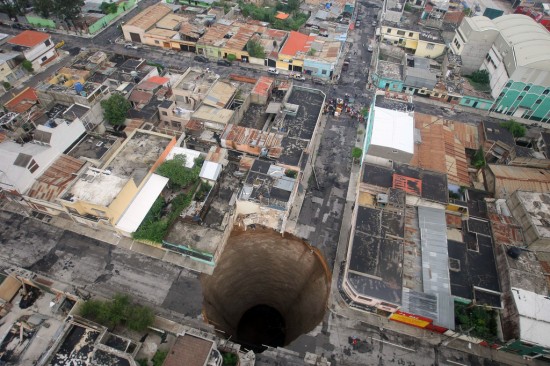 Below, Russia Today’s report on the fallout of Tropical Storm Agatha, which mostly focuses on the non-sinkhole-related human impact.