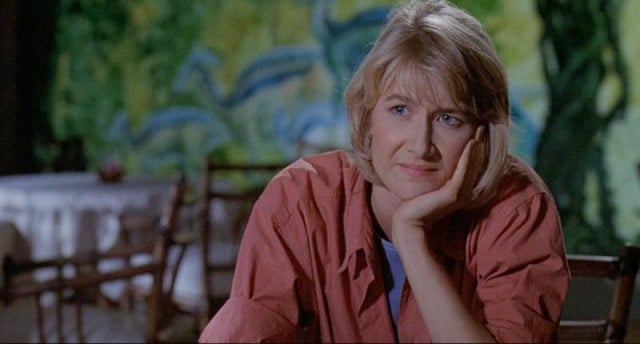 We weren’t too pleased with the female representation in Colin Trevorrow’s Jurassic World, but The Guardian’s Peter Bradshaw is much more hopeful.

There’s an almost Gaia-ist conception of how dinosaurs might solve their own crises and in a (partial) nod to contemporary views, we get a heroine who can take out dinosaurs with a stun gun and also run very fast away from them in heels. All these dinosaurs are female, which incidentally puts Jurassic World in the clear as far as the Bechdel test is concerned.

Dr. Satler would like a word with you later.

But for now, we’ll take up the discussion. While there are some motherhood themes explored in the film, I can’t say I see what Bradshaw is referring to as far as the female dinosaurs representing the mythological mother goddess.

That aside, he also has no idea how The Bechdel Test works.

The Bechdel Test (named for cartoonist Allison Bechdel) is not meant to be a be-all, end-all on the discussion of feminism or sexism in media but rather a jumping off point for discussion, showing how often these three, seemingly basic qualifications, aren’t met. The test:

1. It includes at least two women,
2. who have at least one conversation,
3. about something other than a man or men.

You could make the argument for dinosaurs to count toward the test in say, The Land Before Time, but when you’re discussing a film with actual humans in it (though we have discussed robots before), female dinosaurs don’t count toward representation! Also, Bradshaw would have to be fluent in velociraptor, Indominus, etc. in order to know if the dinosaurs conversations were about anything but men. Since I fell asleep in dino-languages class, if I had to guess from context cues, that Raptor Gang was having nothing but conversations about dudes in Jurassic World.

The film very well may pass The Bechdel Test, I only saw the film a few days ago but I can’t recall if Bryce Dallas Howard and Lauren Lapkus meet the criteria in the control room scenes (no other pair does), but one thing’s for sure—I love lady dinosaurs. 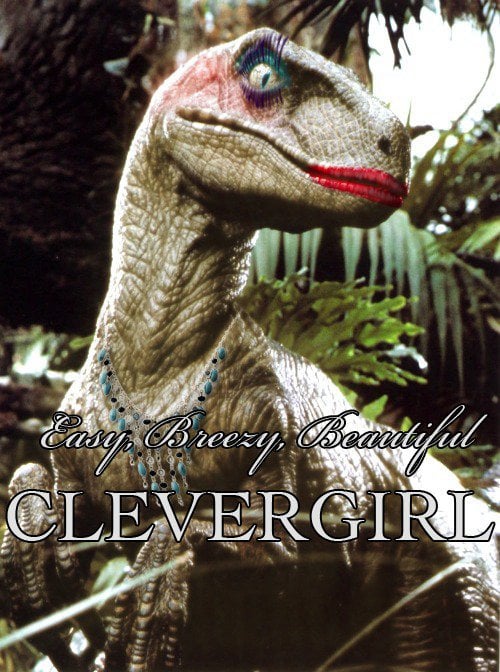