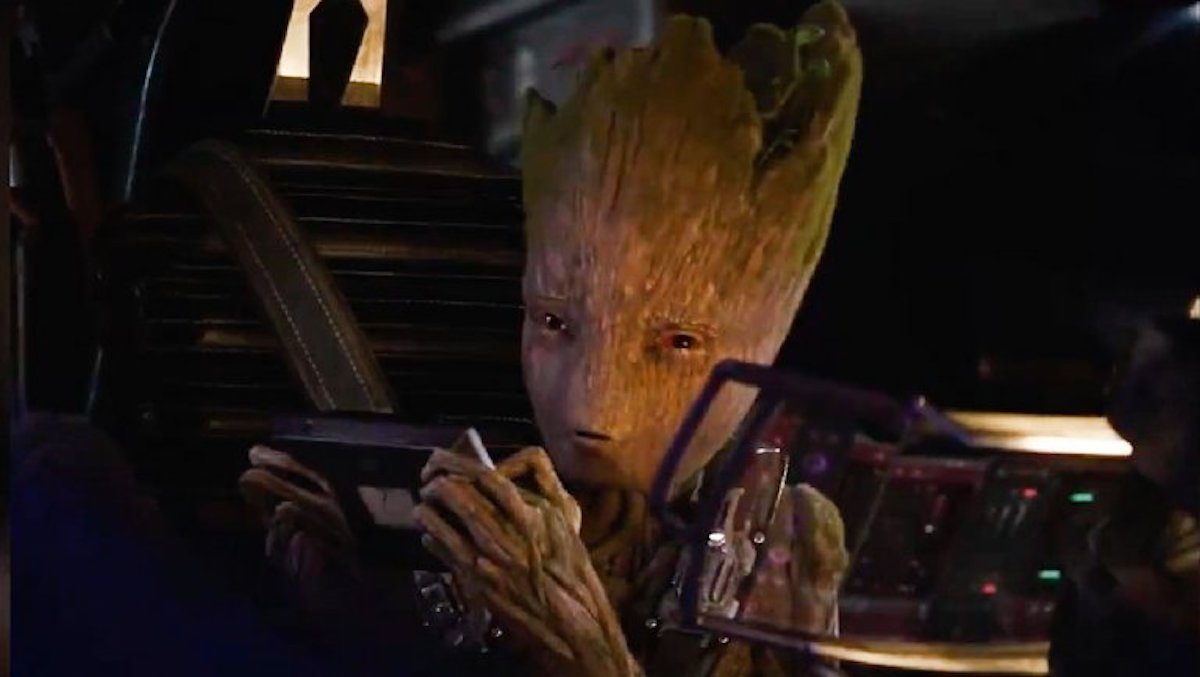 Guardians of the Galaxy’s Groot has been a fan favorite in all of his iterations so far—adult, baby, child, teen—but he’s also been a bit mysterious, and not only because he speaks a language the audience can’t understand. He’s also already gotten a painful goodbye once, which made it even more difficult to watch Rocket lose him again in Avengers: Infinity War, and Guardians writer/director James Gunn just gave a little twist to the knife in our hearts.

As you may already know, Gunn and Vin Diesel, voice of Groot, have had scripts for the Guardians movies that spell out Groot’s dialogue in plain English to help Diesel give the proper emotion to his “I am Groot” line readings. Gunn let the audience in on this trick a while back by showing off one of those special “Groot Version” scripts, but we only got to see the title page, leaving Groot’s lines forever up for interpretation.

With Groot and the rest of the Guardians finally meeting up with the Avengers in Infinity War, and that script being out of Gunn’s hands, we’re can’t be sure such a script exists this time around, but Gunn did weigh in on the English version of one of Groot’s lines on Twitter, and we weren’t ready for it.

A fan asked, “Might be too soon to ask this, but do you know what Groot’s last line is at the end of the movie?”

Gunn responded (after a helpful spoiler warning), “Dad.” There was not a dry eye on Twitter.

Not only is it sad to think of young Groot looking to his “parent,” Rocket, for reassurance as he disintegrates with no way to fight back, but has Rocket not been through enough? He was already one of the most tortured members of the Guardians’ dysfunctional family, and the last one left besides Nebula, and now this? Can I just mail the Russo brothers my therapy bill?

But that’s not all we’ve learned about Groot in the last two days. While Gunn has already talked Groot’s first “death” to … well, death and explained that the younger version of the character is a separate character entirely, botanist James Wong has given us some alternate scientific possibilities to consider:

Baby Groot is the result of a form of asexual reproduction known as vegetative propagation.

Plants, unlike most animals, retain their stem cells through their lives. So cloning them is super easy.

And finally, as we now know even Earth plants can process complex information about the world around them & retain it without the need for a centralised storage organ like animals need (ie a brain).

If Baby groot is a cutting, it is likely it retains Big Groot’s memories!😱 pic.twitter.com/1dpM4Dubl2

That’s the short version of Wong’s thread, but it appears that Groot is, unsurprisingly, a bit different from plants on Earth, since his memories don’t seem to have transferred from the original to his tiny, adorable clone—you know, aside from being anthropomorphic. But there you have it! Everything you wanted to know about Groot but were afraid to ask, because it would make you cry.

Avengers: Infinity WarGuardians of the Galaxy