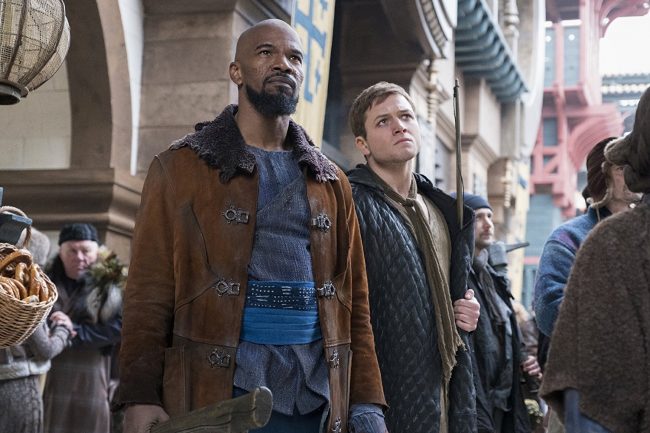 Everything old in Hollywood is new again whenever someone says the word “reboot,” followed by “only gritty this time,” and now it’s Robin Hood‘s turn. I really want this one to work, but …

The one-line synopsis in IMDb for the film, which is likely how it was sold and financed for a gazillion dollars, simply reads, “A gritty take on the classic Robin Hood story.” I am already grinding my teeth at all that grit.

Why am I skeptical? Well, to start, the movie was written by Joby Harold, who also penned the “gritty,” Guy Ritchie-directed King Arthur: Legend of the Sword, which hugely bombed at the box office last year and received scathing reviews. We’ve also had our fair share of Robin Hood movies, and it’s hard to see why we need another when Robin Hood: Men in Tights exists.

I want this movie to work for two reasons: I love the classic Robin Hood legends, and the cast looks fantastic. Kingsman’s Eggsy, Taron Egerton, my adorable action puppy, stars as Robin, and Jamie Foxx is at his side as his no doubt extremely badass bestie Little John. Ben Mendelsohn, who villained so well in Rogue One and now seems to be Hollywood’s go-to elegant baddie, is looking fabulous as the Sheriff of Nottingham. Peaky Blinders‘ incredible Paul Anderson, a.k.a. Arthur Shelby, is at the Sheriff’s evil right hand as Guy of Gisborne. I would probably see this movie just for Paul Anderson. 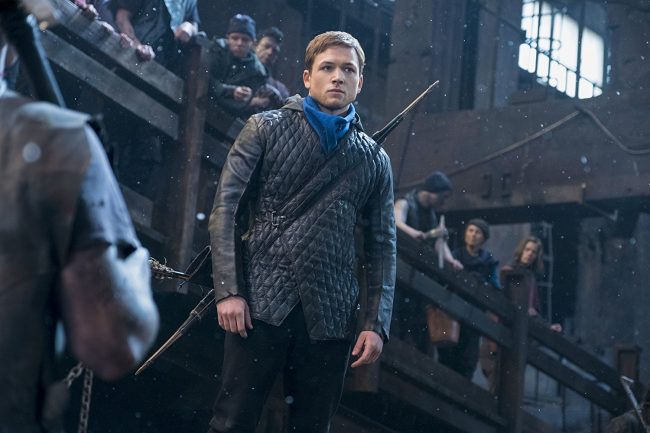 Rounding out the Merry (Gritty?) Men, Fifty Shades of Grey‘s Jamie Dornan is the pretty fashion plate Will Scarlett, which seems like another excellent bit of casting. Eve Hewson (Bridge of Spies), daughter of U2’s Bono, is there as Maid Marian, and while I have nothing against Hewson, I have to say it would’ve been amazing to see a woman of color in this role.

Australian comedian/composer Tim Minchin, who composed my favorite musical of the last decade, Groundhog Day, is playing Friar Tuck. I love Tim Minchin so much that his involvement in anything makes me extend it an okay-I’ll-wait-and-see olive branch. Surely Tim Minchin would not betray me. 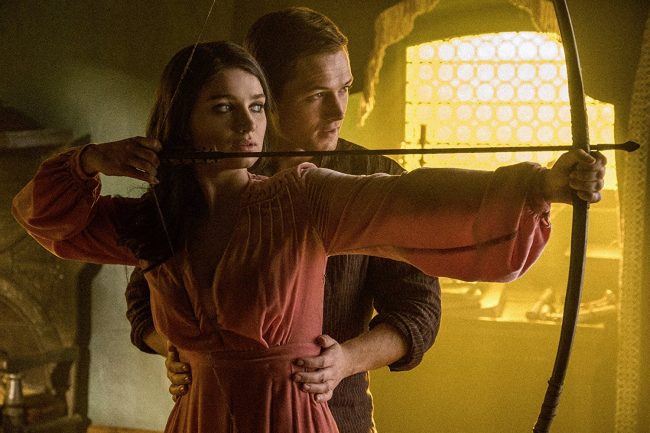 This is not cliche at all he’s just teaching her form okay.

Further increasing the odds that maybe this thing won’t suck, the movie is directed by Otto Bathurst, a director mostly known for television: he directed the first episode of Black Mirror, “The National Anthem,” as well as the first three episodes of Peaky Blinders, which is one of my favorite TV shows. Bathurst’s credentials would suggest that he knows how to do dark, twisty, and bloody well, and hopefully he lacks the Guy Ritchie over-the-top bombast that feels tired these days. 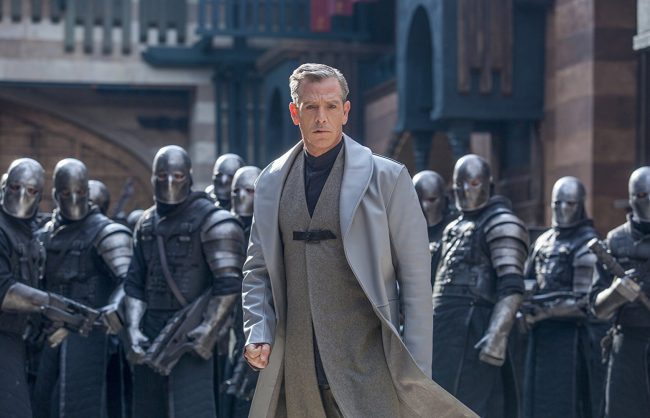 The Twitter account for the upcoming Robin Hood tweeted out some new character shots, but the images of this movie make me a little nervous again. There’s the cast, wearing similar “contemporary” old timey dress as they did in King Arthur. Mendelsohn looks great but he’s fronting a faceless mass of helmed soldiers who might as well be stormtroopers. I can already see some long, exhausting, “gritty” battles playing out.

And according to Syfy Wire, the production is “apparently upgrading the standard bows and arrows to something approaching a Middle Ages version of a semi-automatic weapon,” because what we need today is more paeans to the semi-automatic weapon. Jamie Foxx thinks we’ll be on board, however:

We’re shooting with our bows, but they computer-generated it so it’s rapid-fire, almost like an AK. I saw that and was like ‘Oh, they ain’t ready for this.’

I want this movie to be good. I want this movie to be good. Please let it be good. Recently I was watching the excellent Netflix show Myth & Monsters, about the history and importance of enduring legends, and they posited that Robin Hood stories are often hugely reflective of the political moment in which they are created. I guess that’s why we’re getting AK-like bows and arrows. Let’s just hope the good guys really stomp on that rich, grasping, greedy bad guy who dares to use his authority for villainous purposes. 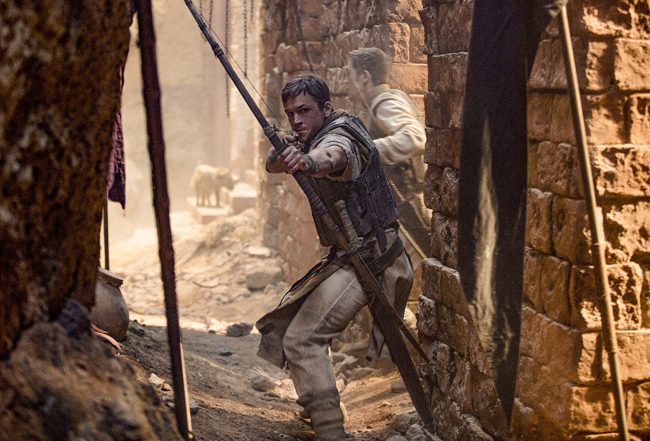