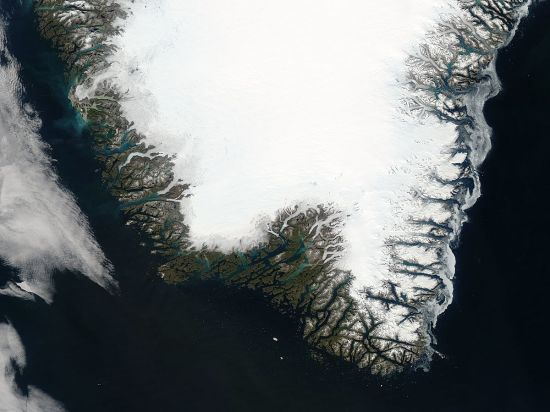 The 13th edition of the Times Comprehensive Atlas of the World has a subtle but perhaps significant change: The island nation of Greenland is now a lot more green, and brown. Greenland — allegedly named because Erik the Red wanted to trick people into moving to the rocky, glacier covered land — has long been covered in mostly ice and snow. However, recent warming trends have caused some of the glaciers to retreat, reducing the island’s generally white appearance. The latest version of the Times Comprehensive Atlas will reflect this change.

Perhaps more shocking than Greenland’s color change act is the addition of Uunartoq Qeqertaq, which translates to Warming Island. In 2005, the island was “discovered” when the retreating glaciers revealed a strait separating the island from the mainland. You can see a fullsize comparison between previous versions of the Atlas over at the 80 Beats blog.

(via Discover, image via NASA)