The Music of the Panels: Great Playlists in Comics 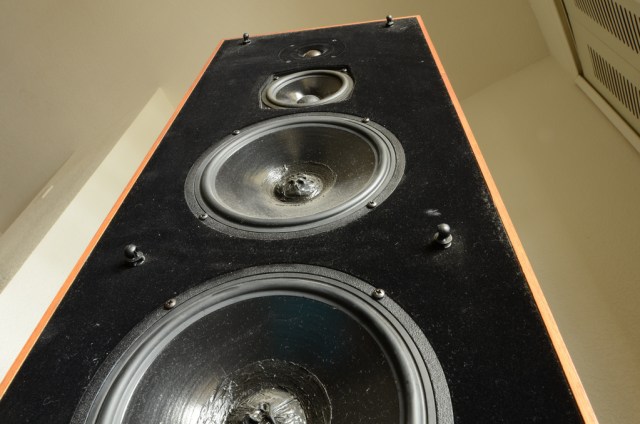 The late William Zinsser wrote in his magnum opus On Writing Well that every writer has different methods of working. “Some people write by day, others by night,” he wrote. “Some people need silence, others turn on the radio.” If you’re a writer reading this, you know what side of that second statement you fall on.

With me, when it comes to writing reviews or articles like this or editing an academic paper, I need to have music in the background. I usually go with whatever’s on BBC Radio 6 Music or, if I’m on crunch time and really need to focus, Steve Jablonsky’s scores for the Transformers movies (because like everything else around those movies, the scores are actually very, very good).

Until recently, unless they talked about it in interviews, it was very rare to know what writers liked to listen to, if anything at all. Ditto for people in comics. But now the Internet’s made it second nature to share your musical taste with people. And comics creators have used this to help explain to others what gets them in the mood to work.

Let’s begin with the king of blending music and comics, Kieron Gillen. The author of Image’s The Wicked + The Divine has the most expansive musical taste I’ve ever seen. And the most voluminous: Gillen’s constantly updating official Spotify playlist for the series is currently 283 songs deep, running the gamut from Kanye West and the Rolling Stones to William Shatner and clocking in at twenty hours and thirty-five minutes. I’ve had this as a saved playlist for months and I’ve still never finished it. Gillen’s song selection is carefully curated to each individual character and explains them. The gods Baal and Inanna, for instance, are both visually inspired by and are sonically represented by Kanye and Prince, respectively.

Keeping to Image for a moment. When promoting their scary and scary good horror comic Wytches, writer Scott Snyder and artist Jock both debuted Spotify playlists for the book, each with different goals. As this Nerdist interview explains, they created different playlists exclusively for different characters. Jock tasked his teenage son with coming up with eight alt rock songs to get into the mind of main character Sailor. Snyder made a playlist split in half for Sail’s parents; the top half (for her mom) is full of Americana/country acts like Drive-By Truckers while the bottom half (for her dad) is stacked with ‘90s throwback jams. The two playlists really help you zero in on what this family is like.
Swerving from Image to the brand-new Rosy Press, the digital romance comics publisher has a list of love songs to go with its newly launched love story anthology, Fresh Romance. Curated by Rosy Press founder/ComicsAlliance co-editor-in-chief/ex-TMS weekend editor/all around badass Janelle Asselin, it’s a nice list of cute love songs to go with a book of pretty cute stories.

But for my money, the best comics-affiliated playlist is the soundtrack to IDW’s Transformers: More Than Meets the Eye. It adds an extra dimension to what’s already the best sci-fi comic you’re not reading (as decreed by Lindsay Ellis, Hannibal Tabu, Rachel Stevens of Women Write About Comics and, um, me).

Fans of the series know what to expect by now. About a week before each issue comes out, writer James Roberts tweets out YouTube links to about 3 songs (although the most recent issue involved five, which indicated it was hugely important and full of feels which it was) that inform the emotional center and tone of the issue, in addition to having songs for specific characters or general songs for the series (if you want to check them out, look at each issue’s individual page on TFWiki).

Given that Roberts is British, the playlist is full of UK-centric artists like Duke Special, Morrissey and Radiohead and alternative favorites like Fiona Apple and The National. I can’t tell you how many times I’ve listened to this. It’s a deft list full of songs with excellent lyrics and intriguing music that, like all these playlists, gives a unique window into a writer’s personal musical landscape.

Along with Gillen, I’ve come to believe that, in another life, Roberts would be the world’s greatest DJ. Thanks to him, I spent half of any waking day listening to his favorite band and one that’s fast becoming mine, The Divine Comedy. That band—and the MTMTE playlist as a whole (which is on Spotify but is, at the moment, a few issues behind)—inspire and rejuvenate me so much that it helps me write when the words aren’t coming.

Feel free to check all the linked playlists out and enjoy. Let us know what your favorite comics playlist is in the comments and link to it. Happy listening!

Tom Speelman is a staff writer and reviewer–primarily of comics–for Another Castle, and is an accomplished academic, having presented at the Comics Arts Conference at Comic-Con as well as being published in The Baker Street Journal. Currently finishing up degrees in Literature and Writing at Calvin College, he rants about comics, anime, Star Trek, television and Transformers @tomtificate on Twitter and blogs about all those and more at his personal blog, tomtificate.