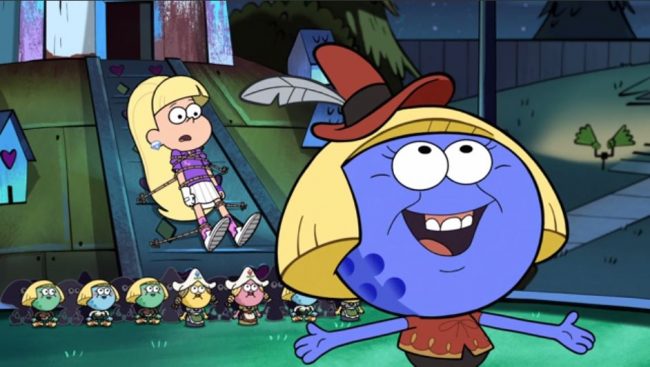 Mabel and Pacifica’s rivalry heats up over a game of mini-golf, which Mabel initially rigs with the help of the tiny ball-controlling Lilliputians by playing on their own inter-group rivalries. Eventually the two are forced to bury the hatchet to fight their way out.

Season two is far more densely plot-focused than its predecessor, with just about every episode contributing something to the larger puzzle. Aaaaaaaand then there’s this one, which is all the more bizarre after “Into the Bunker” had Dipper declaring his intention to double down on his search for the Author. Apparently there is always time for mini-golf (more generously, there is always time to worry about his sister). But then, maybe it’s just extra disappointing in hindsight, with the knowledge that the episode coming after this one is one I’d put in the top five overall for the series.

It’s awfully hard to find anything of much depth to say about it, though. Pacifica begins to get a touch of depth here – this is also when the fandom went from collectively wanting to burn her at the stake to feeling a bit bad for her, what with the loneliness and genuinely heinous parents – but that opening isn’t really capitalized on in a meaningful way until the follow-up, “Northwest Mansion Mystery.” This is also the last major interaction between Pacifica and Mabel, which always struck me as a shame. Pacifica’s future relationship is developed through a friendship with Dipper, and while that’s interesting, this show is still hurting for relationships between women. I would’ve liked to see them hang out a bit more. Sure, Mabel has Candy and Grenda, but that unique element of friendly-ish opposition would’ve been a really interesting dynamic to observe. As it stands, the fandom will have to fill in on that front.

On the bright side, this is the first time we’ve seen Stan since the season premiere, and he’s fully shifted into openly admitting how much he cares about the twins. Season one Stan would’ve gruffly snarked his way through the whole thing, but now he’s comfortable openly cheering Mabel on and telling her that he’s proud of her. I’m so proud of that old man.

And credit where it’s due: lilli-putt-ian is a solid pun, and the character designs are bright and vibrant even as they’re working those goofy one-note stereotypes. And “Pacifica’s rich. She’s cheating at life” is an exquisite line. Beyond that, I….I’m sorry y’all, even then I was just waiting and pining for the promise-to-come of “Sock Opera.” 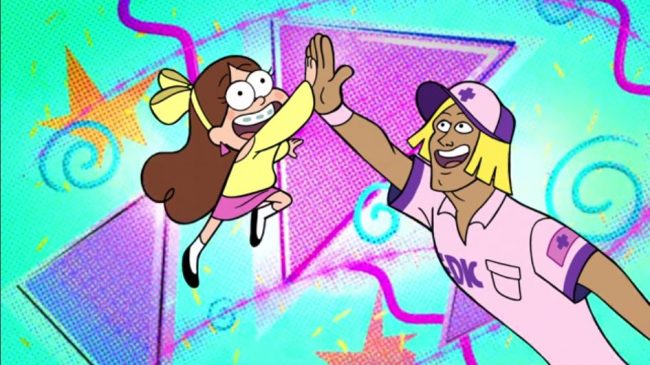 Obviously fandom as an entity is replete with talented writers and artists pouring their heart and soul (and, frequently, their fetishes) into the thing they love. It feels a bit unfair to go calling out certain names over others and creating a tiered system. But, I will make one exception purely on the grounds of not only making it all the way to the creative team’s attention but frequently being mistaken for a member of the crew.

MoringMark’s comics were a staple of new episode releases, managing to reach a wide audience since they more or less played on the tone of the show, avoided shipping (mostly), and seemed like plausible or goofy wish-fulfillment additions to the canon (this remains my favorite). Maybe most helpful, the guy was prolific, with dozens of comics released over the course of the second season with that same quality art. Fandom’s attention to detail definitely extended to creative works. 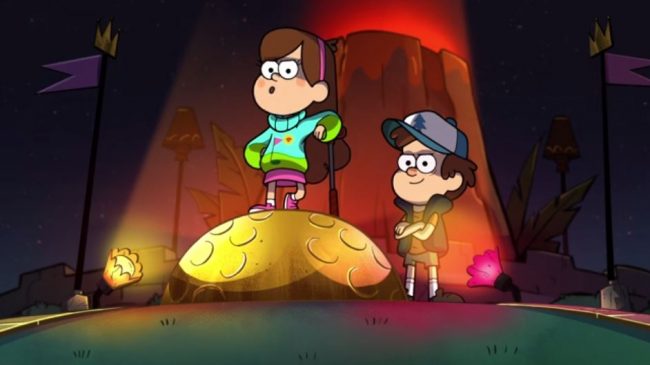 Everyone remove your hats for Big Henry, one of the best uses of an “abrupt tonal shift” joke I can pull from recent memory.

Season one casually backgrounded the information that McGucket has abilities above and beyond as an inventor and general scientist, and this is the season two’s first move to reel that information back into the viewer’s mind – the better to make you wonder why you weren’t suspicious of that fact all along. It’s a pretty beautifully crafted bit of vagueness, don’t you think? With all the weirdness in Gravity Falls, it could mean any number of things. Not that the fandom’s minds didn’t IMMEDIATELY jump to Bill and the Author, which was everyone’s most relevant subject in every discussion (and it’s very hard to blame them). 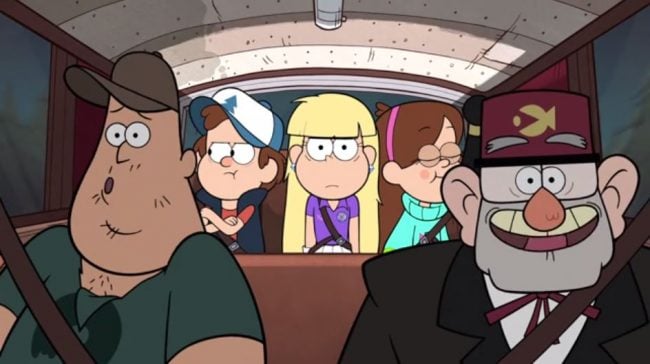 Not much here, given that this is one of the only few real stand-alones of season two. It does seem that the Lilliputtians are among the creatures Dipper and Mabel discovered on their own – Dipper’s read that journal back to front, after all. You’d think he would have mentioned something if the course was rumored to be powered by supernatural means.

But please, do join me in the image of Ford upsetting children by trying to take the golf course apart, surrounded on all sides by horrendous late 70s fashion.

Vrai is a queer author and pop culture blogger; this is somehow not the most alarming thing they’ve seen on a minigolf course. You can read more essays and find out about their fiction at Fashionable Tinfoil Accessories, listen to them podcasting on Soundcloud, support their work via Patreon or PayPal, or remind them of the existence of Tweets.