Maybe don't impatiently hold a press conference to announce your findings next time? 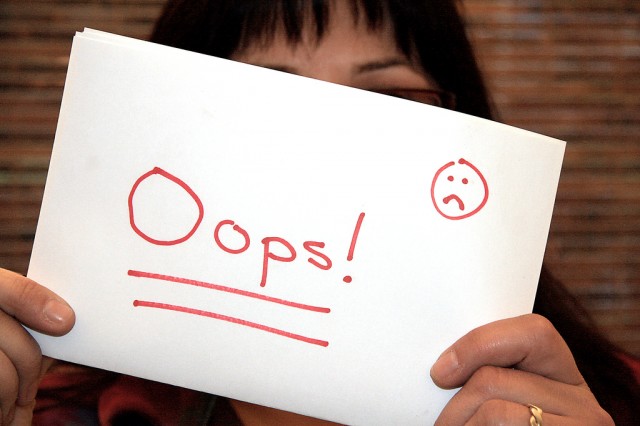 In what could turn into a textbook example of why scientists rely on peer review, the team that publicly announced they had discovered proof of gravitational waves echoing from The Big Bang admitted in their published results that the may have gotten it wrong — and they’re not the only ones who think so.

A quick primer if you missed any of this:

Back in March, Harvard astrophysicists announced that they had discovered evidence of gravitational waves and the rapid expansion the Universe went through in the first moments of The Big Bang using the BICEP2 telescope at the South Pole. Einstein had theorized this, but up until then, no one had proven it.

Here’s a video that explains the concept of rapid expansion and gravitational waves rather simply:

The team made the announcement regarding the discovery of these gravitational waves at a press conference before having their work peer reviewed and published, which stood out as odd to me and downright suspicious to others. Not long after the announcement, other scientists began questioning the results. Princeton’s David Spergel suggested that the Harvard team was simply seeing radiation from galactic dust.

It’s not strange for scientists to question each other’s work. Publication in the scientific community is based on exactly that. What was strange was that the Harvard team jumped the gun and announced their findings publicly before they were peer-reviewed and published.

The team’s work has since been published, and in one of the two papers they admitted that their findings “are not sufficiently constrained by external public data to exclude the possibility of dust emission bright enough to explain the entire excess signal,” or to put it more simply, “maybe we done goofed?”

(via Phys.org, image via Kate Sumbler)