Aliens? Please let it be aliens. 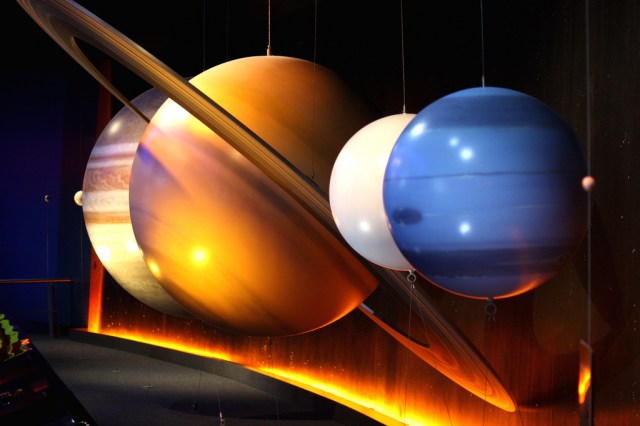 Update 11:38 EDT: It’s not Aliens. It’s even more exciting. After presenting two papers not yet submitted for peer review, astrophysicists at Harvard will announce at noon today the first ever evidence of cosmic inflation and the Big Bang. If the astronomers’ findings hold up under scrutiny, their discovery will prove the existence of gravitational waves and likely forever change our understanding of the Universe.

Harvard astronomer Avi Loeb explained to Space.com: “If it is confirmed, then it would be the most important discovery since the discovery, I think, that the expansion of the universe is accelerating.” Best St. Patty’s day ever. Watch the livestream here so you can see history unfold.

Astrophysicists at the Harvard-Smithsonian Center for Astrophysics are planning to unveil what they’re calling a “major discovery” in a press conference at 12PM EDT today. Just what will that discovery be? We have no idea, so we decided to go the rational route and wildly speculate.

Senior Editor Glen Tickle is pretty sure they’re going to announce that they’ve discovered conclusive evidence of alien life on Pluto and that those aliens are pretty pissed at Neil deGrasse Tyson. Depending on how advanced their weaponry is, we may want to think about reinstating planet status for Pluto, everyone.

I say we’re going to find out that Voyager I bumped into the edge of the universe after it entered interstellar space, and we all just live inside a giant snow globe with the stars painted around the outside. Everything we know is wrong!

It’s probably something much more normal and scientific than either of those things. Maybe it has something to do with that whole, “We’re going to get a really great view of a black hole eating stuff,” thing? We don’t know yet, but any major scientific discovery is exciting, so we’ll be keeping a close eye on what comes out of the press conference and keep you updated when we know more.

(via Space.com, image via Derek Bruff)