Graveyard Keeper Is Stardew Valley but With Corpses, and Yes That’s as Awesome as It Sounds

The immensely popular Stardew Valley took a lot of people by surprise. Personally, I had never played a farming or resource management sim before, and I was skeptical going in. I definitely didn’t think it would end up being one of my favorite games of recent years. But it was both engaging and a deeply meditative experience. In a year as tumultuous as 2017, that was a great thing. 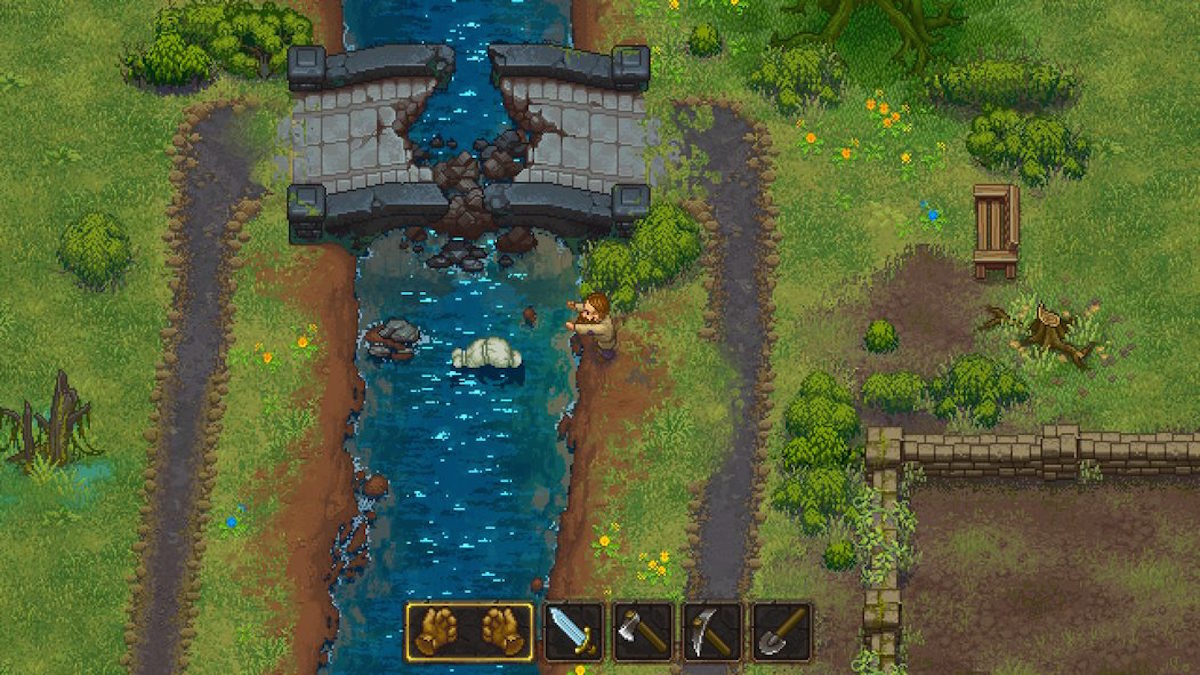 GK opens with your character’s apparent death, and you’re transported to a mystical medieval village where you’re declared the new keeper of the church graveyard. Like Stardew, there’s a lot to delve into: smithing, building, theology, anatomy, etc. But unlike Stardew, where you can pretty much just pick one or two specialities if you feel like it, Graveyard Keeper requires you to do it all. You perform autopsies on the dead and bury their bodies; you will act as the minister of the local church (which is less about faith and more about cashing in on that sweet faith-based cash); you’ll kill dungeon monsters and you’ll tend to your farm; you’ll navigate the local cult and witches and merchants and improve your standing in the community.

If that sounds like a lot, it is. It’s complex and there’s a lot to keep track of. And the game doesn’t always make it easy to keep your tasks in order. I have no shame in admitting that I had multiple quickstart guides, discussion forums, and wikis (definitely use the wiki) open every time I sat down to play. Even using those, there’s a steep learning curve as you’ll inevitably hit walls in your quest chains. I wasted many hours and several in-game weeks before I realized that I could do literally nothing until I spent some time building up my church. Later, I wasted several more before I saw that there were several branches of the intricate technology trees–used to level up your abilities and learn new skills–that I’d been neglecting entirely. Because every skill relies on the development of every other skill, it eventually became impossible to proceed in any area if you’re not paying attention to all of them.

Again, I know that sounds like a lot. The game makes you focus on so many things at once that sometimes it’s overwhelmingly frustrating and other times I think this resource management game might actually be making me better at IRL resource management. It is complicated, but that only makes your progress that much more satisfying.

If you like puzzles, ghosts, witches, science, alchemy, deliberate historical anachronisms, scathing commentary on the commodification of faith, ethical dilemmas, capitalism, and/or Stardew Valley, you should probably be playing Graveyard Keeper.