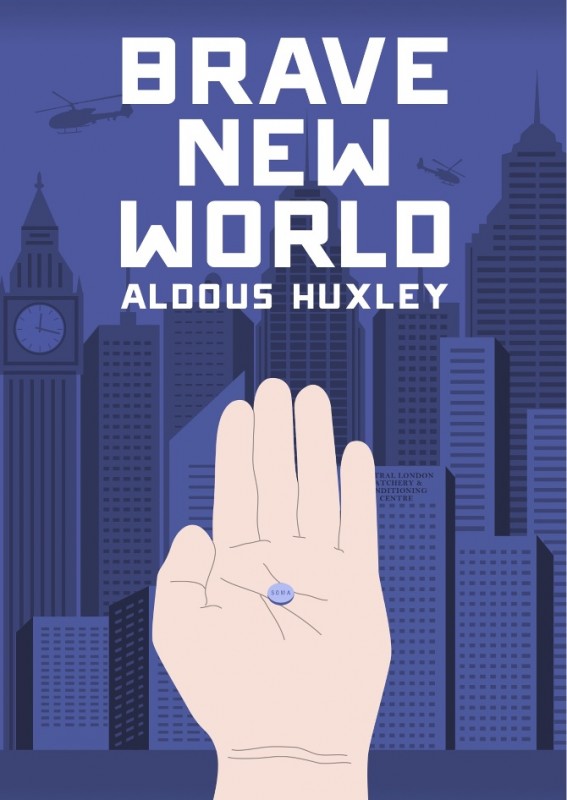 Aldous Huxley’s Brave New World is one of the most popular and influential sci-fi novels of all time. It’s been adapted into two separate films, as a piece of theater, and as a radio play. Now, for the first time, Amblin Entertainment and SyFy are teaming up for a television adaptation.

Brave New World, the classic dystopian sci-fi story about a world in which one’s compliance and lot in life is genetically engineered, predetermined, and encouraged through drug use, is set to be adapted and Executive Produced by comics legend, Grant Morrison, and Brian Taylor, who is best known for writing films like 2010’s Jonah Hex and 2006’s Crank, starring Jason Statham. Morrison and Taylor will be producing along side EPs Darryl Frank and Justin Falvey (The Americans, All The Way), Amblin Television Co-Presidents.

As described in a SyFy press release, Happy! is a “grimy crime black comedy [that] features Nick Sax, a corrupt, intoxicated, ex-cop turned hit-man adrift in a twilight world of casual murder, soulless sex and betrayal. After a hit goes wrong, Nick finds a bullet in his side, the cops and the mob on his tail and a monstrous killer in a Santa suit on the loose. But his world is about to be changed forever by Happy, a tiny (imaginary) blue winged horse with a relentlessly positive attitude.”

I’ve never read that particular Morrison, but it sounds like just about the kind of weirdness I’d expect from him. This is also why I’m excited to see his take on Brave New World. Previous adaptations have felt sterile to me. I trust Morrison to show us the underlying weirdness of a story like that.

Will you be watching Happy! and Brave New World?