Unsettlingly Apropos: On the Anniversary of Trump’s Inauguration, Government Shuts Down 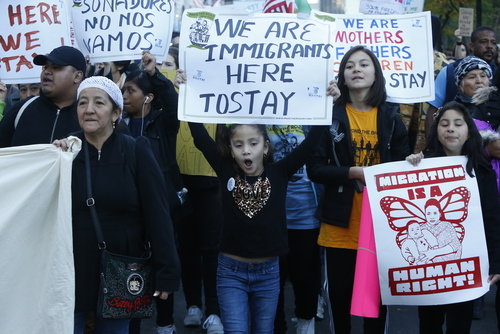 On the one-year anniversary of Trump’s inauguration, the U.S. government is shutting down. Congress failed to reach an agreement about the budget, and so non-essential government services will cease to operate until they do. Whoever could have predicted that Trump might prove too seemingly ignorant and unstable to effectively govern? Whoever might have suspected that he couldn’t negotiate one of those signature “deals” when it matters?

The super presidential Trump administration released an official White House statement that – I shit you not – calls the Democrats “obstructionist losers” and attempts to blame the minority party of both Congressional houses for the shutdown.

Well, then. Trump Shutdown it is.

Now, hypocrisy aside, there are a number of factors that go into government shutdowns, and a functional Congress wouldn’t come to this point. One of the issues at play is how long to extend any temporary budget funding. Congress was already on its third temporary funding extension of the 2018 fiscal year, and Republicans in the House passed yet another temporary funding measure this week.

However, the Senate could not find the 60 votes necessary to pass it, and so the government shut down. Republicans tried to woo Democrats into voting for the bill by attaching six years’ worth of funding for CHIP, the children’s health insurance program that Republicans allowed to expire in the fall. However, it would appear that the Dems recognized a Republican-caused hostage situation when they saw one.

Democrats, for their part, are pushing for protections for Deferred Action for Childhood Arrivals (DACA) recipients, known as the Dreamers, as part of any permanent spending bill. Trump decided to end DACA back in early September of 2017, with Attorney General Jeff Sessions making the announcement that program would officially end on March 6, 2018. At the time, Trump had called on Congress to “legalize DACA” in his stead, but he has since been repeatedly swayed by hardline anti-immigration Republicans during budget negotiations.

Congress now has 6 months to legalize DACA (something the Obama Administration was unable to do). If they can’t, I will revisit this issue!

As a result, as Miles Howard at WBUR pointed out, Democrats face something of a conflict. They like to be seen as the rational, compromising party who’s more interested in governing than grandstanding. However, their base feels strongly about DACA. And if they fail to stand up for these 800,000 millennials who are American in every way that counts, their base will mostly likely be disgusted and demoralized in a year when the Democrats need them at the polls.

“The Democrats have tremendous power to squeeze the Republicans until they produce a bill that protects Dreamers,” Howard wrote, “To not use that power is political suicide. It will destroy the lives of thousands of young people and the only ‘reward’ that Democrats will receive—brownie points for being polite, bipartisan dealmakers—will do nothing to encourage and excite the Democratic base as the 2018 elections approach. If anything, it will demoralize and alienate voters that Democrats desperately need to win.”

While I am personally heartened that the Democrats took a stand for DACA, I am also disturbed to see how dysfunctional our government has become under the Trump administration and increasingly radicalized Republican party. The bipartisan proposal should have worked, and the fact that immigration hardliners and a president whining about “shithole countries” won the day over a thoughtful compromise is deeply unsettling.

There are legitimate strategic questions about whether Democrats should push Trump into a government shutdown, given how he reacts to situations where he believes his status is threatened, and given the real harm that shutdowns cause to people who rely on their services. But there is no moral question here about whether we should create a path to legal citizenship for DACA recipients. There is only a moral imperative to do so.

(Via CNN, The Washington Post, The Chicago Tribune, and CBS News; image: Shutterstock)