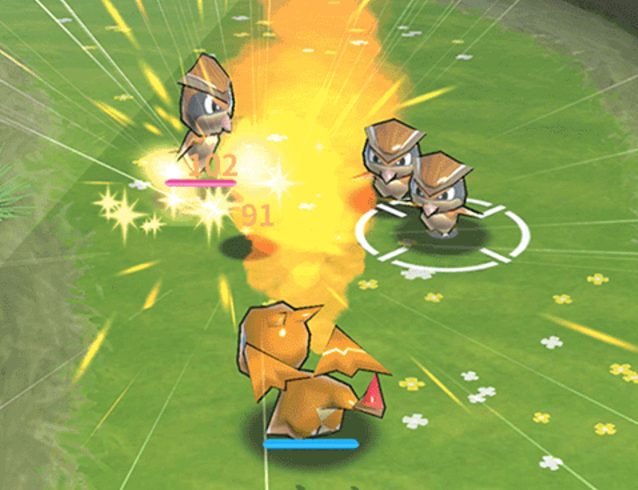 Between Pokémon Go and Magikarp Jump, Nintendo seems to have its eyes set on occupying just about all of your mobile game free time. They’re even doubling down on this, as a Japanese press release detailed a brand new mobile offering: Pokéland.

The concept is pretty simple: You collect toy versions of Pokémon and battle them against other Pokémon on a variety of different islands. It’s basically taking the highly-addictive “gacha” video game format (collect heroes and things from a random draw) and Poké-fying it. As of right now, the game is in alpha testing, which is only available to Android players (sorry, iOS). Eventually, though, the game is supposed to release on both platforms, so don’t worry too much. You’ll be able to sacrifice your time to the Poké-Gods soon enough, alright?

Business Insider, along with just about every games site, made the astute observation that the game’s concept parallels that of Pokémon Rumble for Wii, where you played as a toy Pokémon that comes to life by way of a magic key. The goal was to train and strengthen yourself up so you can participate (and win) a Battle Royale (no, not that Battle Royale).

You can expect that as development on the game continues, we’ll be talking about it a lot more around here, by which we mean, gosh, we’re going to be playing it a lot for, you know, research purposes. You hear that? Research purposes.