Guardians of the Galaxy Vol. 2 Has an LGBTQIA Character—Not That You Can Tell From the Actual Movie 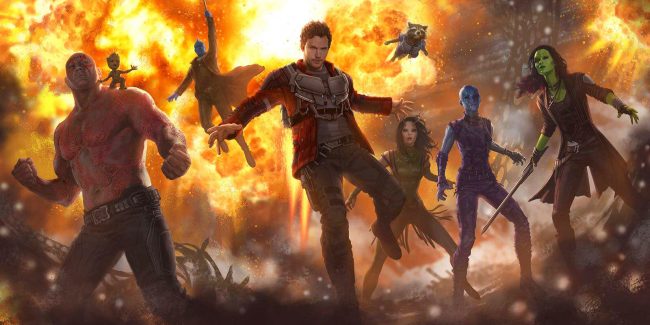 It’s seems to be what all the cool kids in Hollywood are doing: announcing, or implying that characters in their mainstream *gasp* family-friendly projects are in some way queer. It’s the latest headline du jour, and this time it’s all about Guardians of the Galaxy, Vol. 2.

As reported by /Film, James Gunn made an interesting statement about the film when asked if he’d ever considered adding an LGBTQIA character to the Guardians franchise saying, “Absolutely. I would love to be able to. We might have already done that. I say watch the movie. Check it out. See what you think.”

Several outlets, including /Film have since seen the film, and … they’re confused. Because apparently, no one stands out as LGBTQIA. Another of them, Digital Spy, followed up with Gunn for clarification. He said:

First of all, I’m thrilled that Gunn is acknowledging the existence of bisexuals. Too often they are completely erased in mainstream media, and it’s very true that just because we see someone have an opposite-sex attraction doesn’t mean that they couldn’t also have a same-sex attraction.

The problem, however, is when all we see is opposite-sex relationships. It’s like that saying: If a tree falls in the forest, but no one’s around to hear it, does it make a sound? Likewise, if a film character’s bisexual, but we only see them engage in heterosexual relationships and express heterosexual attractions, is the character still queer? Film is a visual medium. If we don’t see something, it doesn’t exist.

Several outlets have seen the film now, and still have no idea who the LGBTQIA character is. That says a lot. I don’t care if a character is queer in James Gunn’s head. It does the viewing audience zero good unless they can, you know, view it.

Here’s the thing, I love the Guardians of the Galaxy, so I was going to see the film anyway, totally without expecting any LGBTQIA representation. Now that Gunn has said this, I’m going to be viewing the film differently. Rather than making announcements about queer characters, or answering questions like the one Gunn was asked with anything other than an “Of course,” perhaps filmmakers should just put up, or shut up.

If I wanted just talk, I’d listen to the radio.