James Gunn Says Guardians of the Galaxy Vol. 2 Will Do More Than Just Pass the Bechdel Test 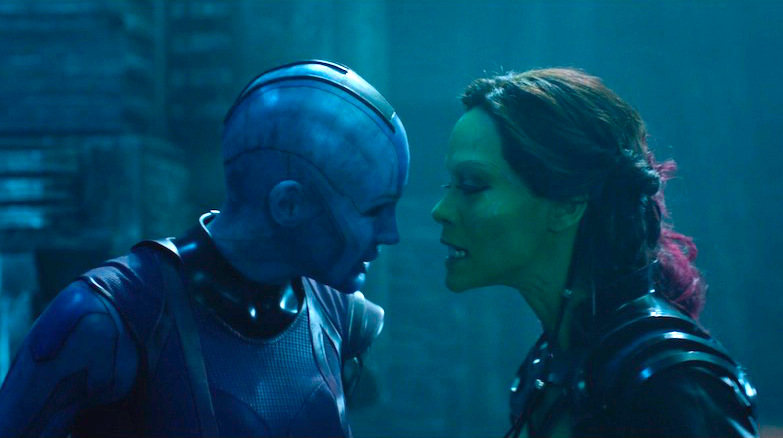 In case you didn’t know, yesterday was International Day of the Girl. While many took to social media to bring awareness to the fact that many around the world are denied access to education, director James Gunn spoke up about representation in the film industry. During a lengthy Facebook post, he expressed his dismay in the lack of women on screen in comparison to their multi-dimensional male counterparts.

“I am sick of stories where there are a bunch of fully realized male characters and one female character, whose primary characteristic is simply being ‘the girl’ or the personality-less object of some man’s affections,” he wrote. “I’m not sick of this because I’m politically correct—those of you who know me know I am far from that—but because it’s boring, and it’s b.s. Likewise, I don’t think only making female characters ‘strong’ is a fix either—you see her all the time these days, the perfect female warrior, who is a reaction to the stories of the past, but who is equally as boring and one-dimensional.”

He then went on to list male characters like Marty McFly and Han Solo who are “never perfect and never one-dimensional.” Their appeal lies in the the fact that they both shine in their heroic moments but also commit some less-than-stellar actions that call their character into question. Now, it’s time we do the same for women.

He continued: “I have done my best, as a male writer, with varying degrees of success, to bring female characters and female stories to the forefront. Whether they’re protagonists like Ana in Dawn of the Dead or Starla in Slither, comedy relief like Deadly Girl, Nightbird, and Power Chick in The Specials, or the insane, scene-stealing roles usually reserved for men, like Libby in SUPER. And I can’t wait for you all to see Guardians of the Galaxy Vol. 2, with Gamora, Nebula, and Mantis in action, where we not only pass the Bechdel test, but run over it and back up over it again and again in an eighteen-wheeler truck, and where their stories and the men’s stories don’t come at the expense of each other, but are interwoven in a way to strengthen and optimize all of them.”

I mean, it’s great that he’s trying, but women still remain underrepresented in his films, and several strong characters aren’t going to change that. I’m also weary of using the Bechdel Test as some sort of indicator that a film will do right by women, since even that just measures the bare minimum of two women speaking together about something other than men. Plus, it kind of irks me that he’s essentially bragging about the great things he’s done for women in films. Yes, keep trying, but also maybe don’t be so quick to pat yourself on the back.

In all honesty, what I’m really interested in seeing is complex, fully-realized characters whose appeal isn’t the fact that they’re a woman in a male-dominated environment. Gunn’s promises leave me a bit skeptical, but I’m also hoping that he proves me wrong.

(via Vulture, image via Marvel Entertainment)