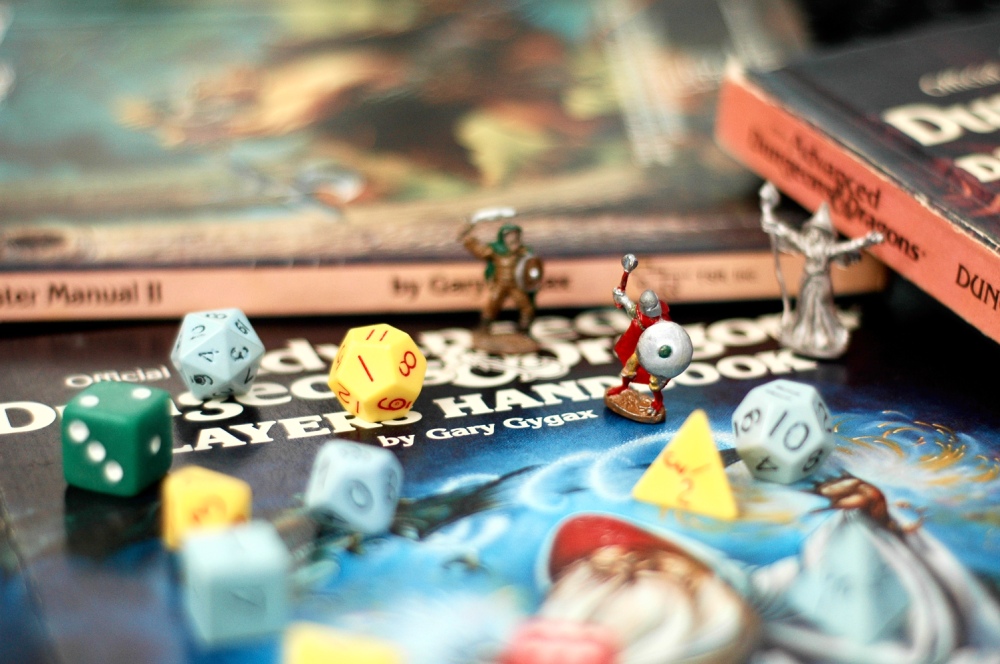 The hashtag #GOPDnD, which reimagines our current political climate as a disastrous game of Dungeons and Dragons, has been going strong on Twitter for over a week now. And while this crossover would probably never have come into our brains, once it was there, the perfection of it is clear.

As a Dungeon Master, what are you supposed to do when your players reject the story you’ve spent so much time crafting, or worse, refuse to even accept the basic logic of the game’s world, and insist on playing by their own rules in their own reality?

I don’t know. What do you do when your actual, IRL government does it too?

GOP: Anyway, the evil king ravaged the land—
GM: I’m the one setting the scene. This is a prosperous kingdom.
GOP: Fake DM! Sad!#GOPDND

The hashtag was created earlier this month by James D’Amato of the One Shot Podcast, and it shows no signs of slowing down.

GM: A villager approaches your paladin, asking you to heal his child.
GOP: Does he look weathly?
GM: No
GOP: He hasn’t earned it.#GOPDnD

Trump’s monosyllabic railings, simple action-based understanding of the world and his job, and total disregard for the path laid out in front of him, all make for great parody.

“We have two choices to lead us: A mad noble who spouts nonsense, or a very qualified but distant wizard”
“But her Sending spells!”#GOPDnD

Trump’s total disconnect from reality, with his fake news and alternative facts and endless narcissistic boasting, all make for a DM’s worst nightmare.

DM: City is under attack from flying enemies to the East
GOP: I cast “Great Wall” to the South
DM: But that’s not
GOP: “GREAT WALL!”#GOPDnD

DM: In this kingdom the dark lord Mal Blackdeath rules with cruelty
GOP: I know this guy, great guy, guy with the right ideas#GOPDnD

Player: I’m the best dice roller. Nobody rolls higher than me. My stats are all 20s.
DM: Can I see your character sheet?
Player: No#GOPDnD

It’s not just Trump getting skewered by the hashtag. The GOP as a whole is maybe a bit too low-level a party for the monsters they’ve taken on–you know, the Obamacare Dragon, decency, and women in general.

DM: The Obamacare Dragon steps from the cave.
GOP: I slay it.
*rolls a 3*
DM: A miss.
GOP: I give up.
DM: The dragon saves the town.#GOPDnD

DM: A cleric is healing people for a modest fee
GOP: I burn down the temple
DM: If you do that millions will lose access to–
GOP: pic.twitter.com/6cTWWReCTW

DM:”The dragon rests on a hoard of gold.”
PC:”We gather the town’s wealth and add it in. The dragon will surely create jobs now.”#GOPdnd

GOP: You were hit for 45 points of damage
Player: I use my potion of healing
GOP: It doesn’t work, this is a preexisting condition #GOPdnd

GM: The NPC kills the Shade Rat biting her leg.
GOP: I make her give it a funeral.
GM: It’s a rat.
GOP: I’m helping her grieve.#GOPDND

With as much material as we’re getting, this campaign could very well go on until Trump is out of office, or until the GOP stops flouting both the will of their constituents and basic logic. Since neither is likely to happen anytime soon, we may as well laugh while we watch the world burn.