Will Republican Voters Care More About a Candidate’s Bigfoot Fetish Than Actual Racism? 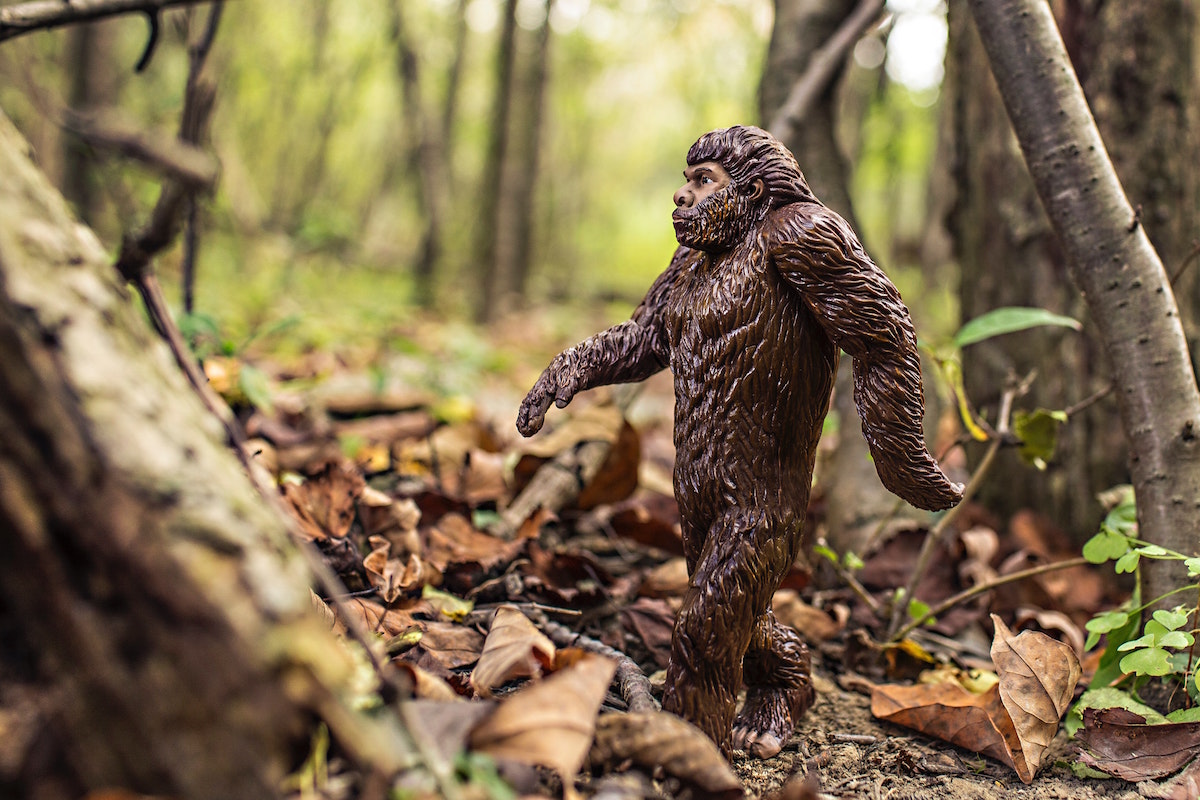 Just when you think our political landscape can’t go any further off the rails, a Congressional candidate goes and kink-shames her opponent for his alleged Bigfoot fetish.

That’s what Leslie Cockburn, who is running for Congress in Virginia’s 5th District, did over the weekend after apparently stumbling upon an Instagram post of her Republican opponent Denver Riggleman.

My opponent Denver Riggleman, running mate of Corey Stewart, was caught on camera campaigning with a white supremacist. Now he has been exposed as a devotee of Bigfoot erotica. This is not what we need on Capitol Hill. pic.twitter.com/0eBvxFd6sG

She followed that up with this screencap of another picture from Riggleman’s now-private account, which references a book he wrote titled Mating Habits of Bigfoot and Why Women Want Him.

It appears that book is a real thing that exists, but Riggleman insists it’s satire. He did also write another Bigfoot book titled Bigfoot Exterminators Inc. The Partially Cautionary, Mostly True Tale of Monster Hunt 2006. Riggleman says the Instagram posts are part of a “long-running prank,” while Cockburn called them “disturbing.”

twitter 2010: what is “planking” and why are people doing it

twitter 2018: it is wrong to kink shame the nazi for liking bigfoot erotica

What is (I guess arguably) more disturbing, though, is how much attention Cockburn’s tweet has gotten. Or, specifically, how much attention part of her tweet has gotten. Because sure, the Bigfoot stuff is unusual, but shouldn’t we be talking more about that “campaigning with a white supremacist” part? Or are racist political candidates just so commonplace at this point that we’ve become unfazed at the presence of yet another? That feels disturbing.

Cockburn mentions Riggleman’s ties to Corey Stewart, who won the Republican nomination for Senate in Virginia, despite his connections to the alt-right. Stewart is vehemently pro-Confederate, anti-immigrant, and he and Unite the Right organizer Jason Kessler share a mutual admiration.

A few months before the Charlottesville rally, Stewart spoke to a group called “Unity & Security for America,” organized by Kessler, and thanked them for taking a stand against “real racism.” Just this weekend, Stewart’s spokesperson tweeted that a number of black-majority cities were “shitholes” and warned against opening businesses in black neighborhoods.

Riggleman hasn’t said whether he’ll support Stewart in the next election, but he was seen campaigning with Isaac Smith, a Unity & Security for America co-founder and co-organizer of Unite the Right.

As for Riggleman himself, he did write an op-ed following the violence in Charlottesville that was an unequivocal condemnation of the neo-Nazis organizing there. “I condemn this rally. I condemn the khaki-wearing White Supremacists who attended the rally last year,” he wrote. “The country in which we live should be a shining beacon of freedom. Neo-Nazis are cultural parasites. To any white supremacists intending to come back to Charlottesville on August 12 this year, I say this: You are not welcome. Go back to your cave. Vote for somebody else. I don’t want your support, your help, or your vote.”

A few weeks later, though, he posted an article to his Facebook page written by racist, misogynistic shitbird Matt Walsh. The article, which Riggleman captioned “This is an excellent article. I agree,” is total “antifa is as bad as white supremacists” both-sides BS. Riggleman is also a vocal defender of Confederate monuments, saying he wants to “help construct MORE statues to great Virginians of every race and period of our history instead of tearing them down.”

And, again, it sure would be nice if he didn’t take the support of prominent Nazis.

It’s easy for all of us to fall into political fatigue, especially when the news is so depressing and overt racism has become so normalized that hearing about yet another politician with ties to white supremacists isn’t at all shocking.

So sure, a Bigfoot fetish might be a reinvigorating jolt to our political consciousness. (Although honestly, I don’t know why we should care about the sex life of a politician who isn’t engaging in harassment or other non-consensual acts.) But if it ends up being accusations of sexual Sasquatch fantasies that take this candidate down rather than his habit of consorting with actual Nazis, surely that’s a(nother) sign that Republican voters’ priorities are skewed beyond redemption, right?