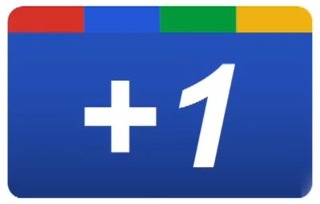 Today, Google announced its long-rumored entry into the world of social networking. The project is called Google+ and appears to be trying to introduce nuance, tact and discretion into the over-sharing, tell-everyone world of modern day social networks; no small task. So far, no social network has ever had its genesis around the idea of privacy, so the project may have a chance to squeeze into an already packed market through the use of this unique angle. They’re also Google, so that’ll probably help.

At the time of this announcement, the features of Google+ have been divvied up into four bite-sized sub-services that cater to specific aspects of social networking. The sub-services, +Circles, +Sparks, +Hangouts and +Mobile, deal with typical online communication between friends, sharing and liking items, meeting up in real-life, and mobile accessibility respectively. Google+ seems to be taking some interesting approaches to providing these services, approaches that take advantage of the Google+’s “think small” mindset as well as Google’s position towards the top of the internet food-chain.

While most social networking sites are based around the idea of accumulating friends for the purpose of having a large network and therefore, a large platform on which to talk about what you ate for breakfast, +Circles, the way in which Google+ will organize “friends,” is definitely taking the opposite approach. While the actual mechanics behind this system are yet to be publicized, +Circles seems to be primarily concerned with placing newly added contacts in appropriate circles (go figure) of “family,” “college-buddys,” and “work friends,” so that comments that are only relevant or appropriate for one group are only shown to that group.

+Sparks, which provides the framework of how Google+ contacts will interact and share media and information, is probably the most mysterious at the moment, given that the details of its functionality are both vague and heavily dependent on the success of the +Circles implementation. Still, it appears to include all the social networking basics, “liking” things, sharing links, communicating with varying degrees of privacy and, well, networking. This could be the area to make or break the system as a whole because it depends so heavily on a likeable implementation of +Circles, but also on a comfortably successful emulation of other social networks (coughFacebookcough) which are centered around a completely different idea of privacy.

Google+’s most interesting and unique offering, as a result of its focus on close friends who presumably have actually met each other face-to-face on more than one occasion is +Hangouts, which melds things like Facebook Chat and Skype with the old-school chatroom mentality from way back when. +Hangouts, however, capitalizing on the small, personal +Circles system, will apparently try to up the ante by encouraging users to use +Hangouts to, guess what, hang out. Apparently this will take place fluidly in a sort of video chat room. The casual and unintrusive nature of +Hangouts is a big selling point, but the lack of technical details leaves a lot up in the air. Could be a very useful service, but again, it completely relies on a tight implementation of +Circles.

Lastly, there’s +Mobile, a completely indicative name. Instead of trying to break any completely new ground here, it appears that +Mobile is an attempt to take several good ideas like location based posting, mobile uploads and group texting, and make them more efficient and useful by building a social network around them. Nothing too revolutionary here, but the integration of these features from the start bodes well for their overall functionality.

Like most experimental Google projects, Google+ is beginning as a invite only trial, which actually seems like the perfect start for a social network concerned with close connections. Overall, it seems like Google+ is taking an interesting stab at social networking. Their release information stresses the need to change the social networking scene and in one way or another, I’m sure Google+ can accomplish this. What remains to be seen is whether it can accomplish by becoming a force to be reckoned with in a land full of juggernauts, or by introducing an angle that other, established networks can subsequently adopt. For the time being, ‘I’ll Facebook you,’ sounds more natural than ‘I’ll Google+ you’, but considering the goals of the project, that very well may work in their favor.

Check out Google’s extensive introduction of the project on their blog.